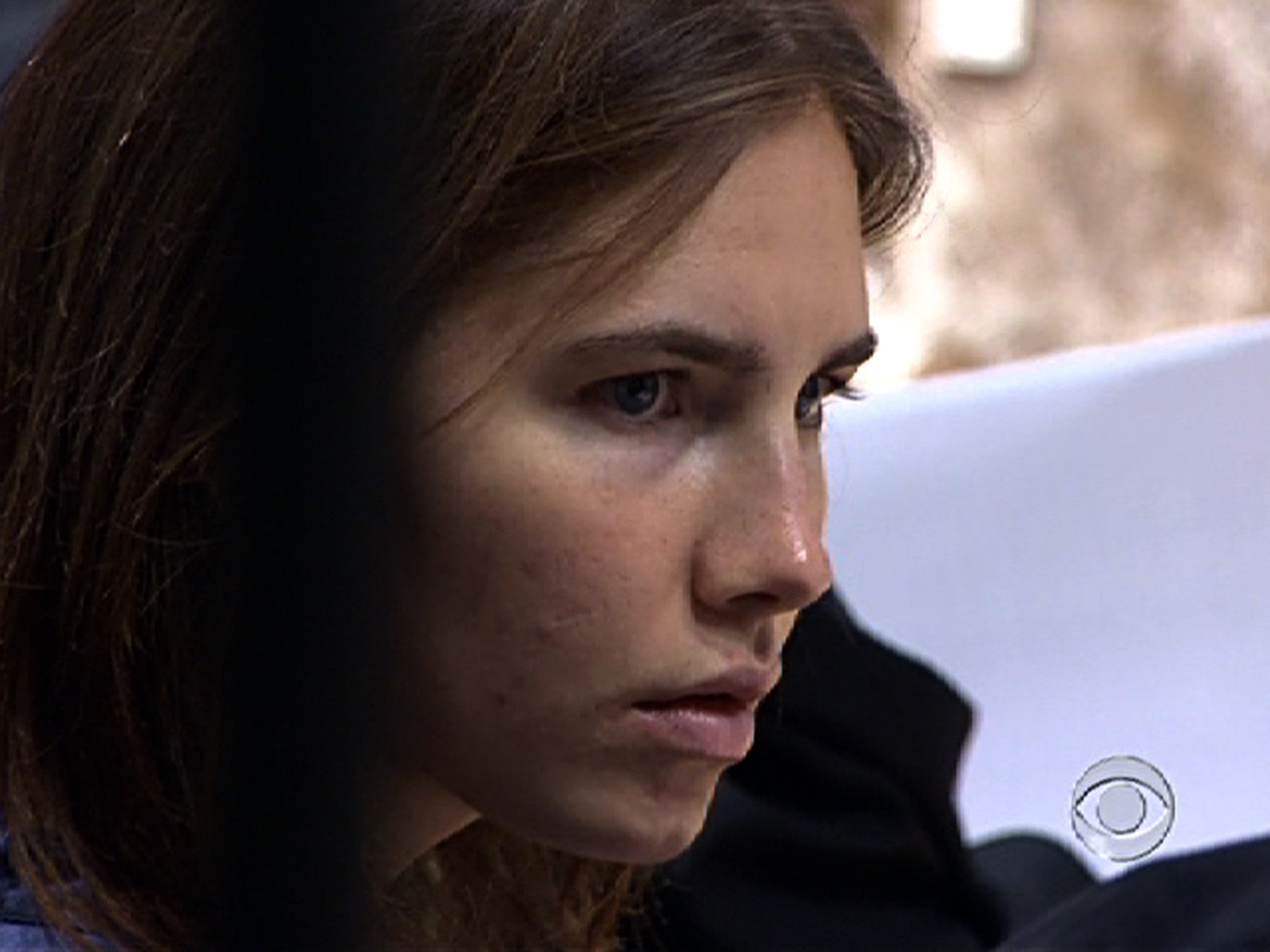 Knox and former boyfriend Raffaele Sollecito are appealing their conviction in the 2007 murder of her roommate, British student Meredith Kercher.

Knox and Sollecito are pinning their hopes on a new, independent forensic report that casts serious doubt on crucial DNA evidence from the first trial.

Andrew Seliber, who was a character witness on Knox's behalf in the first trial, told "Early Show on Saturday Morning" co-anchor Russ Mitchell sitting in court during the appeal hasn't been easy.

"It's incredibly painful to hear the character assassination every day, especially when I know she had absolutely nothing to do with this, and I know it really wears on her and it's hard for her to hear -- people saying outright lies about her character."

Prosecutors have compared Knox to Nazis, and other lawyers have called her a "she-devil," among many other descriptions in the appeal trial.

Another friend, Jessica Nichols, told Mitchell, "I always tell myself that, no matter how angry or hurt I feel, it can't possibly compare to what she's feeling, so I t to put it aside and be supportive in the best way that I possibly can. But I think what must be worse for her is that it feels so reminiscent of the first time that this happened (at the first trial), and that's all that she heard was these horrible lies about who she was and what she had done."

Knox, says Nichols, is "amazing. She always finds a way try to make sure that everyone she loves is alright, and to stay involved in our lives while she's going through this, and she's really brave. She's the kind of friend that you are proud to get to claim."

Knox is expected to address the court Monday, and Seliber says, "I think it would be great if she says what she's been trying to say for nearly four years now -- that she had nothing to do with this, and Meredith was her friend, and she misses her a great deal, and it devastated her when she was killed. It just made it worse when it all got turned around on her."

Seliber says he "definitely" feels "better than I have before" about Knox's prospects. "It was very reassuring," he told Mitchell, "that there was the entire independent review of all the DNA evidence, and I'm cautiously hopeful."