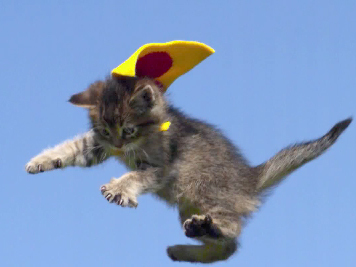 (CBS News) Another Friday has arrived and our weekly music round-up tells you that the weekend isn't too far to follow. We start off this week with an item I didn't see coming. I never would have ever thought the day would come when I would post this musician up. But then a performance comes along that surprises you and... here we are. Ladies and gentlemen: Miley Cyrus! Check out Miley performing a cover of James Shelton's classic song "Lilac Wine" in the video above (Editor's Note: switched out "Lilac Wine" for "Jolene" due to embedding disabled on the former; both are surprising and excellent).

You see what I mean? An honestly very impressive cover by a young singer who has already won international acclaim and fame, but had not yet won over your blogger here... until now. Well, maybe. We'll see. The song was performed as part of "The Backyard Sessions" series taped over the summer where the young singer brought her band together to perform some of her favorite songs.

Up next we move onto a young singer who has not achieved the same level of fame and acclaim as Miley Cyrus yet, but your blogger here would not be surprised to see it happen in the near future. Watch Alex Goot perform a rendition of Ellie Goulding's hit song "Lights" in the video below.

The talented singer was last featured here on The Feed for another awesome cover of Carly Rae Jepsen and Owl City's song "Good Time", and has managed to impress once again with this latest. And for any who might be interested, Alex Goot will actually begin a nationwide tour starting in the Fall which you can learn more about in terms of dates and locations by clicking here.

And as we always try to do with our next item in this wide-ranging symphony of sound, we focus our attention now on a mixture of music and aesthetics. And there was no question in our minds once we saw this item earlier in the week that it would hold this spot. Check out the visually stunning and creative music video for the band Willow's song "Sweater" below.

The fascinating music video was directed by Filip Sterckx who writes about the process behind it:

Everything shot in studio with 3 beamers projecting on a floor and two walls.

I can never get enough of projectors used to create spectacular video mapping or augmented reality, and am happy to see it done so well in this music video for Willow. Major props go out to director Filip Sterckx for such a creative concept and to Willow for their amazing song!

And like all good things, this week's music round-up must come to an end. But before that happens, we never fail to leave you with one last item that is music mixed with levity. So on that note, check out some cute kittens flying in slow-motion to some hip-hop dubstep by Brenden Bytheway and Scott Winn. And just in case, as Scott Winn has made sure to emphatically note in the video's description, please know that none of the cats were hurt in any way during the filming.

I hope you all enjoy this week's music selections and please make sure to keep coming back to The Feed for all of your viral (and music) video needs!