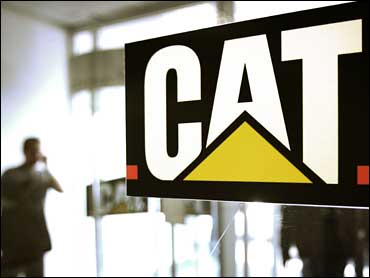 Angry French workers facing layoffs at a Caterpillar factory briefly detained four of their bosses Tuesday at the U.S. manufacturer's plant in the Alps to protest job cuts, a regional official said.

It is the third time in the past few weeks that French workers have seized their bosses to protest job losses stemming from the global economic crisis.

Last week, workers at a 3M plant south of Paris held the company boss for two days, and earlier this month workers at a Sony plant held a similar protest.

In a new twist, the mayor of the small town of Pont-Saint-Esprit in southern France was prevented from leaving city hall by townspeople angry over municipal management amid the economic downturn. Phone calls to the mayor's office went unanswered, but the local police confirmed there was a "crisis."

Workers occupied parts of the Caterpillar plant in Grenoble on Tuesday morning and detained the managers. Police later moved in to clear out the seized areas and the managers were freed, said Chrystele Aubert, chief of communication for the regional government.

"The situation is now calm," she said in a telephone interview, adding that the Caterpillar management was negotiating with the workers.

Unions representing the workers said they had detained the managers because they wanted new talks on Caterpillar's layoff plans at the site in Grenoble. The plant that produces building equipment is supposed to cut 733 jobs in two of its factories in France.

"There is no violence or sequestration, but simply pressure so they restart negotiations," said Pierre Piccarreta, a representative from the CGT union.

"At a time when the company is making a profit and distributing dividends to shareholders, we want to find a favorable outcome for all the workers and know as quickly as possible where we are going," Piccarreta said.

Caterpillar France says the layoffs are justified. In February, the company said it was facing a 55 percent loss of orders between 2008 and 2009.