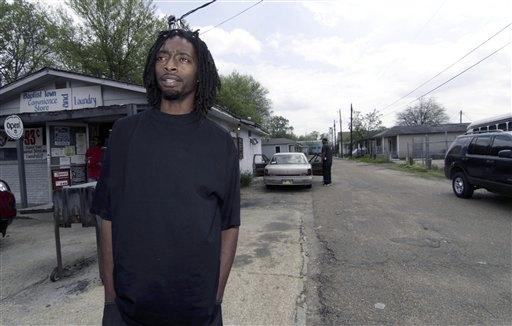 French armored vehicles took up positions outside the home of President Laurent Gbagbo on Monday after a weekend of violent clashes, and supporters feared an attempt to overthrow him, the presidential spokesman said.

The French denied targeting Gbagbo's home, saying the French forces were only securing a temporary base at a hotel about 200 yards away.

"The French army has deployed 50 tanks ... a few meters from the residence of the head of state," spokesman Desire Tagro told The Associated Press.

Anti-French feeling has been high after the entire Ivorian air force was destroyed in response to a government air raid on the rebel-held north which killed nine French troops and wounded at least 22, reported the BBC.

In Abidjan, the capital, French forces were firing warning shots to hold back crowds of thousands trying to block the road around Gbagbo's home, said a worker at the hotel, the Hotel Ivoire, reached by telephone.

The worker, who refused to be identified, gave the same number as Tagro for the number of armored vehicles.

"Their presence here is scaring people, they're crying and they think that President Gbagbo is going to be overthrown," Tagro said by telephone.

Hard-liners have called for loyalists to form a "human shield" around Gbagbo's home as French forces deploy in Ivory Coast's largest city, quelling mob violence that erupted after France destroyed the fledgling air force of its former colony on Saturday.

The destruction came in retaliation for an Ivory Coast air strike that killed nine French peacekeepers and one American aid worker. The raids reignited a civil war that had been dormant for more than a year.

Gbagbo justified the raids by saying the rebel-held north was killing the country economically.

French Embassy spokesman Francois Guenon said forces only were securing their temporary post at the Hotel Ivoire as a rally point for any foreign evacuations.

"They have not surrounded Gbagbo's residence," Guenon said. "I formally deny that. It is not a question of ousting him, that is very clear."

In Paris, French Defense Minister Michele Alliot-Marie rejected accounts by some Ivory Coast officials that Saturday's bombing was a mistake, saying there was "no reason" for Ivory Coast warplanes to have "missed their targets."

The defense minister called a reopening of peace talks for Ivory Coast "indispensable."

African Union leaders called an emergency session for late Monday on Ivory Coast, the world's top cocoa producer and for decades the most prosperous and peaceful nation in West Africa — and the pride of France's former colonial empire.

A 1999 coup ended Ivory Coast's reputation for stability, and a 2000 uprising by Gbagbo's supporters installed him as president amid an aborted vote count in the first post-coup presidential elections.

In South Africa, President Thabo Mbeki was consulting with west African leaders ahead of an emergency trip to Ivory Coast, a foreign affairs spokesman said Monday.

Ronnie Mamoepa said Mbeki was "in talks with various leaders" about the situation in Ivory Coast.

"President Mbeki has been requested by the African Union to assist in finding a political solution and will be heading to that country soon," Mamoepa said. "For now he is consulting with west African leaders before he departs."

The African Union said Sunday it would send Mbeki to press Ivory Coast to find a political solution to end renewed fighting with rebels in the west and north.

AU Commission Chairman Alpha Oumar Konare condemned the attacks by government forces on the various locations in the north of Ivory Coast, including those that hit the French forces.