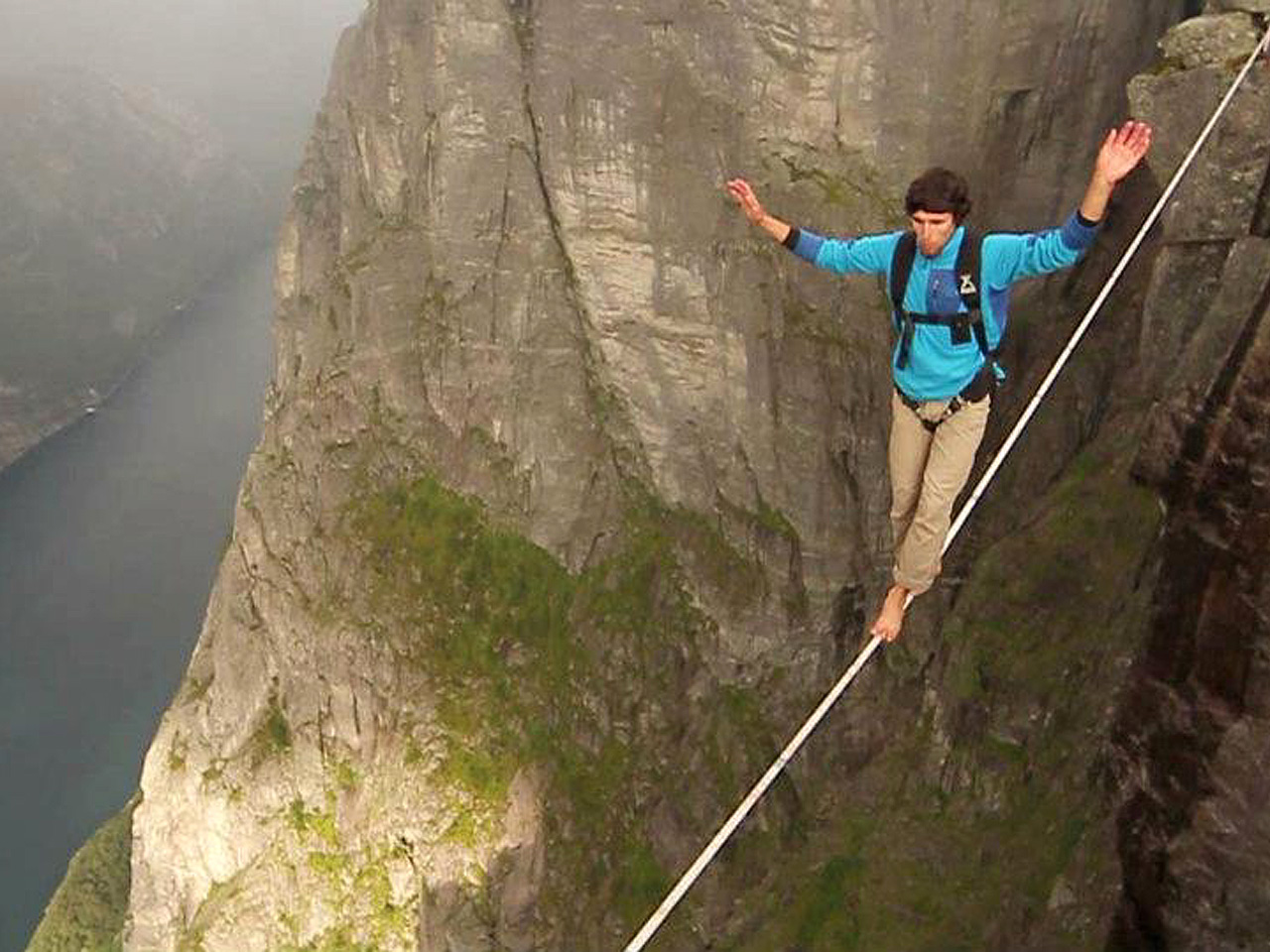 A high-flying French thrill-seeker has fallen 100 feet to his death in an accident while setting up a stunt with hot air balloons, according to his team of aerial acrobats.

Tancrède Melet died, according to a post on Facebook by his "Flying Frenchies" teammates, on Jan. 5 in the southern French village of Diois.

The statement said Melet, who left an office job years earlier to make extreme sports his full-time occupation and became leader of the "Flying Frenchies," was "one of the best in base jump, highline, wingsuit" and other pursuits.

They called him a pioneer in the art of skyline; walking across a slack line suspended between two dizzyingly-high objects, often with little in the way of safety measures.

Along with several teammates, Melet was anchored to a hot air balloon in Diois when it unexpected lifted off the ground. His teammates were able to free themselves, the statement said, but he remained stuck until the balloon reached about 100 feet, and then he fell. He died of his injuries.

The team paid tribute to Melet as "an amazing lover of life" who left behind "wonderful memories, a taste for freedom, and heads full of dreams."