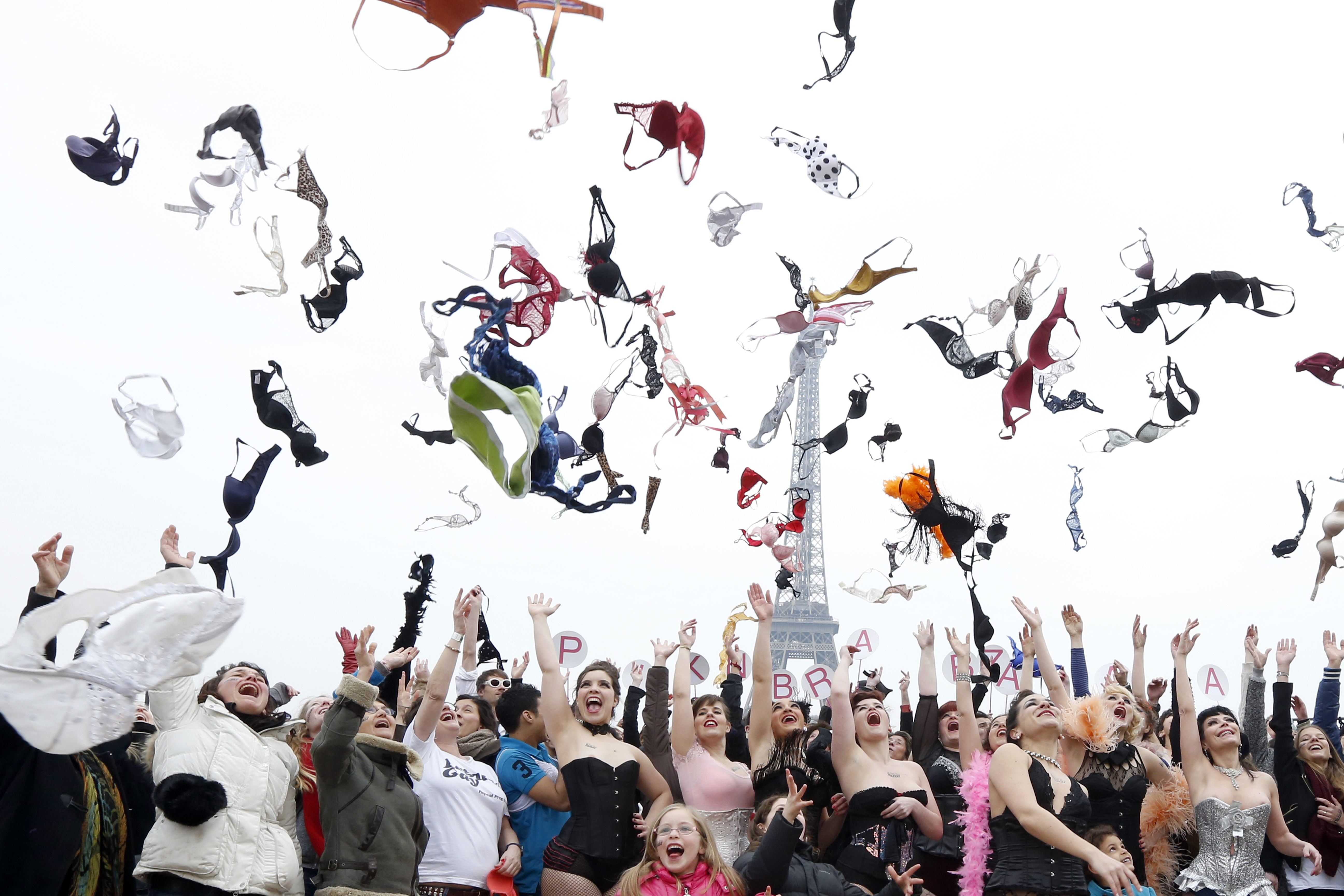 A new French study suggests some women should throw their bras in the trash.

Professor Jean-Denis Rouillon, a sports medicine specialist from Centre Hospitalier Universitaire de Besancon in Besancon, France, published a study on Wednesday that shows that wearing bras may not prevent women's breasts from sagging, and may in fact increase it.

"Our first results confirm the hypothesis that the bra is a false need," Rouillon told France Info. "Medically, physiologically, anatomically, the breast does not benefit from being deprived of gravity. Instead, it languishes with a bra."

The 15-year study involved 330 volunteers between the ages 18 and 35. Researchers measured their breasts using a slide ruler and a caliper and recorded any changes throughout the study period.

Women who did not wear bras had a 7 millimeter lift as measured from their nipples each year. Their breasts were also firmer, and their stretch marks faded. There was also no evidence that the bras helped get rid of back pain.

The researchers believed that wearing bras prevented the growth of breast tissue, which lead to deterioration of the muscles that support the breasts. If you don't wear a bra, the muscles are worked-out more, the findings suggest.

One volunteer, a 28-year-old woman named Capucine said that she hasn't worn a bra in two years. She told France Info that not wearing the underwear has helped her breathe better, stand straighter and have less backpain.

However, not everyone should eschew bras. While he believes the study shows that bras are unnecessary, Roullion said that a 45-year-old mother who has worn a bra her whole life may not see any benefits if she decided to toss her brassiere, because the study did not involve women older than 35 years old.

"It would be dangerous to advise all women to stop wearing their soutien-gorge (bra) as the women involved were not a representative sample of the population," he told the Connextion.

The New York Times reported that the findings have been met with jokes in the French media, including some columnist who have expressed "astonishment" that the study took so long and was still considered as "preliminary" research.