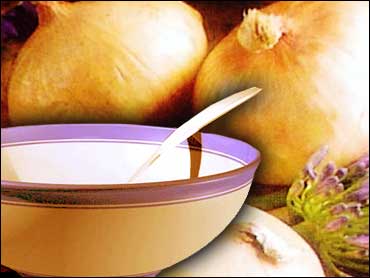 For his French onion soup, The Early Show resident chef Bobby Flay does not use ordinary onions. Vidalia onions are the way to go.

Vidalia onions hail from the counties around Vidalia, Ga., where the soil makes the onions sweet. The other secret of his recipe lies in the cheddar cheese.