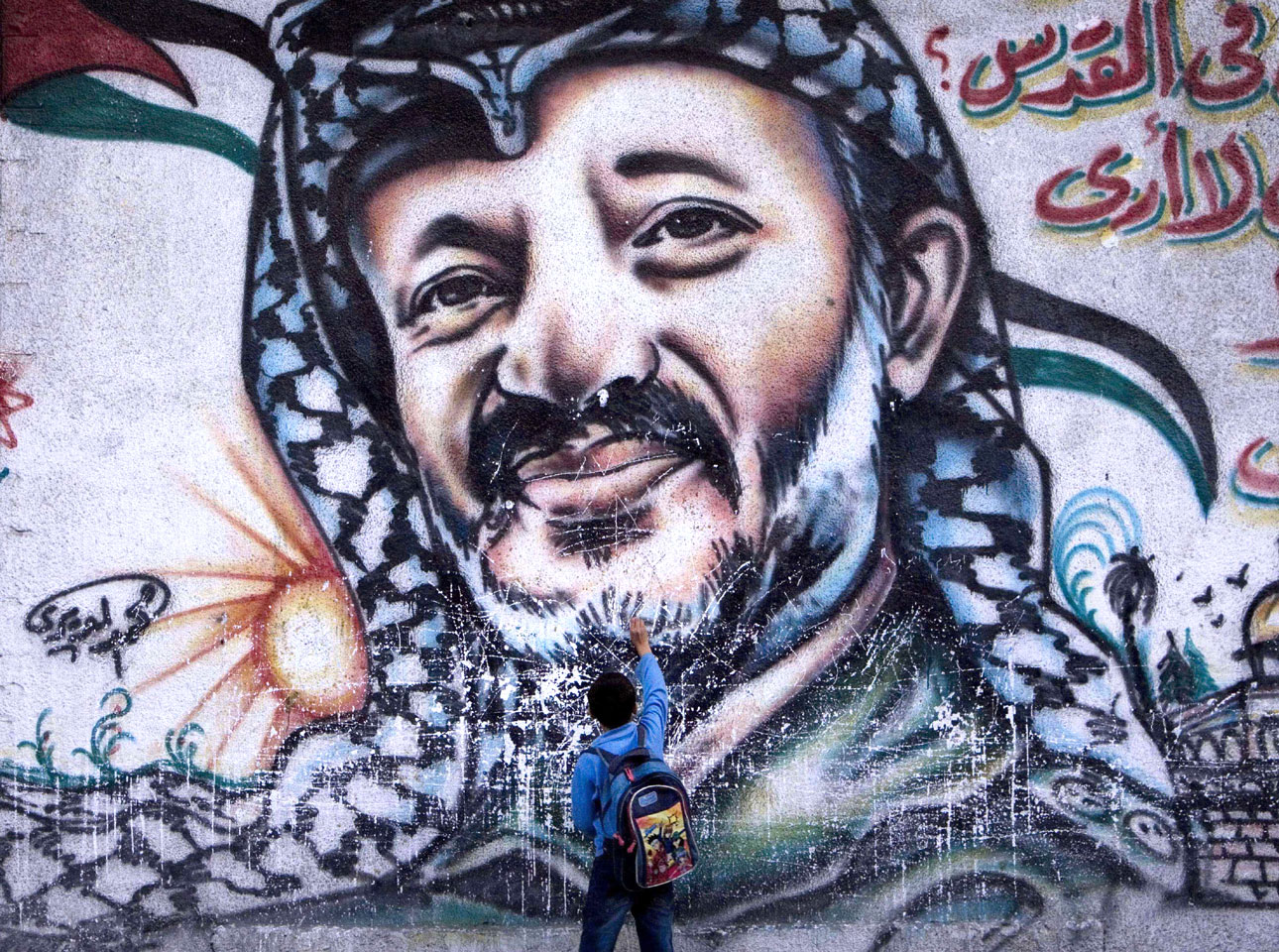 (AP) RAMALLAH, West Bank - The widow of Yasser Arafat said Wednesday that French investigators will soon visit the West Bank to dig up the remains of her husband in hopes of determining what killed the longtime Palestinian leader eight years ago.

Palestinian officials welcomed the investigation, saying the French team could begin work within days. But some also privately expressed misgivings over the probe.

Arafat's death in a French hospital in November 2004 has remained a mystery for many. While the immediate cause of death was a stroke, the underlying source of an illness he suffered in his final weeks has never been clear, leading to persistent, unproven conspiracy theories that he had cancer, AIDS or was poisoned.

This Week in History: Yasser Arafat is Dead
Watch: What Arafat's death meant

A Swiss lab's recent discovery of polonium-210, a deadly radioactive isotope, on clothes said to be Arafat's has fueled new suspicions of poisoning.

Arafat's successor, President Mahmoud Abbas, halfheartedly ordered an autopsy after the lab results were made public in July. But in something of an insult to Abbas, Suha Arafat instead asked French authorities to open a criminal investigation. She is a French citizen.

In a statement issued through her British and French lawyers, Suha Arafat said the three French judges overseeing the criminal case "have taken the necessary steps" to travel to her husband's grave in the West Bank city of Ramallah. "Experts from the French scientific police will therefore very soon be able to take samples from the body of Yasser Arafat," the statement said.

Suha Arafat also asked the Palestinian Authority and the Arab League to "suspend any action" while the French investigation is conducted - or at least ensure that any other initiative is coordinated with the French probe.

The statement did not say when the investigators would arrive or when the exhumation would take place. Palestinian officials said there have not been any official contacts from French authorities, and the French consulate in Jerusalem said there were no firm plans for the French team to come.

In Cairo, foreign ministers meeting at the Arab League on Wednesday released a statement stressing the importance of an independent U.N. inquiry into Arafat's death. It also condemned the "party that stood behind his assassination," without naming anyone.

Tawfik Tirawi, head of the Palestinian committee investigating Arafat's death, said Suha Arafat contacted him on Tuesday to tell him about the French mission. "I told her we are ready to cooperate with them. Now we are waiting for them to contact us over the specific date of their arrival," he said.

The discovery of the polonium-210, and the impending French investigation, has created an uncomfortable situation for Abbas.

Among the questions are how to verify that the clothes tested actually belonged to Arafat, where they were in the meantime and when the polonium-210 was introduced.

Abbas has been hesitant about the public spectacle of digging up Arafat's remains from the massive mausoleum built by the Palestinians outside government headquarters. Polonium-210, which is naturally present in the environment in small quantities, breaks down quickly, and many experts have questioned whether new tests will even be effective at this stage.

One senior official said the autopsy would likely take place in the next few days because the Palestinians have no choice but to cooperate. He said many officials are unhappy with the way Suha Arafat has forced a foreign investigation on them.

"She is forcing us to work under the French," the official said. "What if they want to interrogate Abbas? Is that a good thing?" He spoke on condition of anonymity because he was not authorized to discuss internal Palestinian deliberations with reporters.

Arafat, who was 75, died at a French military hospital on Nov. 11, 2004, two weeks after he was rushed there from his West Bank headquarters with a mysterious illness.

According to French medical records, he had suffered inflammation, jaundice and a blood condition known as disseminated intravascular coagulation, or DIC, before the stroke.

The records were inconclusive about what brought about the DIC, which has numerous causes including infections, colitis and liver disease. The uncertainty fanned to speculation about the cause of his death, including the possibility of AIDS or poisoning.

Many in the Arab world believe he was killed by Israel, a charge Israel vociferously denies.

Arafat was the face of the Palestinian struggle for independence for four decades, rising to prominence as an exiled guerrilla leader and then returning to the Palestinian territories to lead an autonomy government after reaching an interim peace deal with Israel.

He remains a beloved figure in Palestinian society. His picture, usually with his trademark black and white checkered headdress, can still be seen on billboards, in people's homes and in government offices.

Later in his life, Israel viewed him as an obstacle to peace, holding him responsible for the bloody Palestinian uprising that broke out in September 2000. In his final years, Israel confined him to his headquarters in Ramallah.

Israeli officials have said that then-Prime Minister Ariel Sharon felt there was no reason to kill him, believing it would only lead to worse bloodshed, and thought it was preferable to keep Arafat locked up.