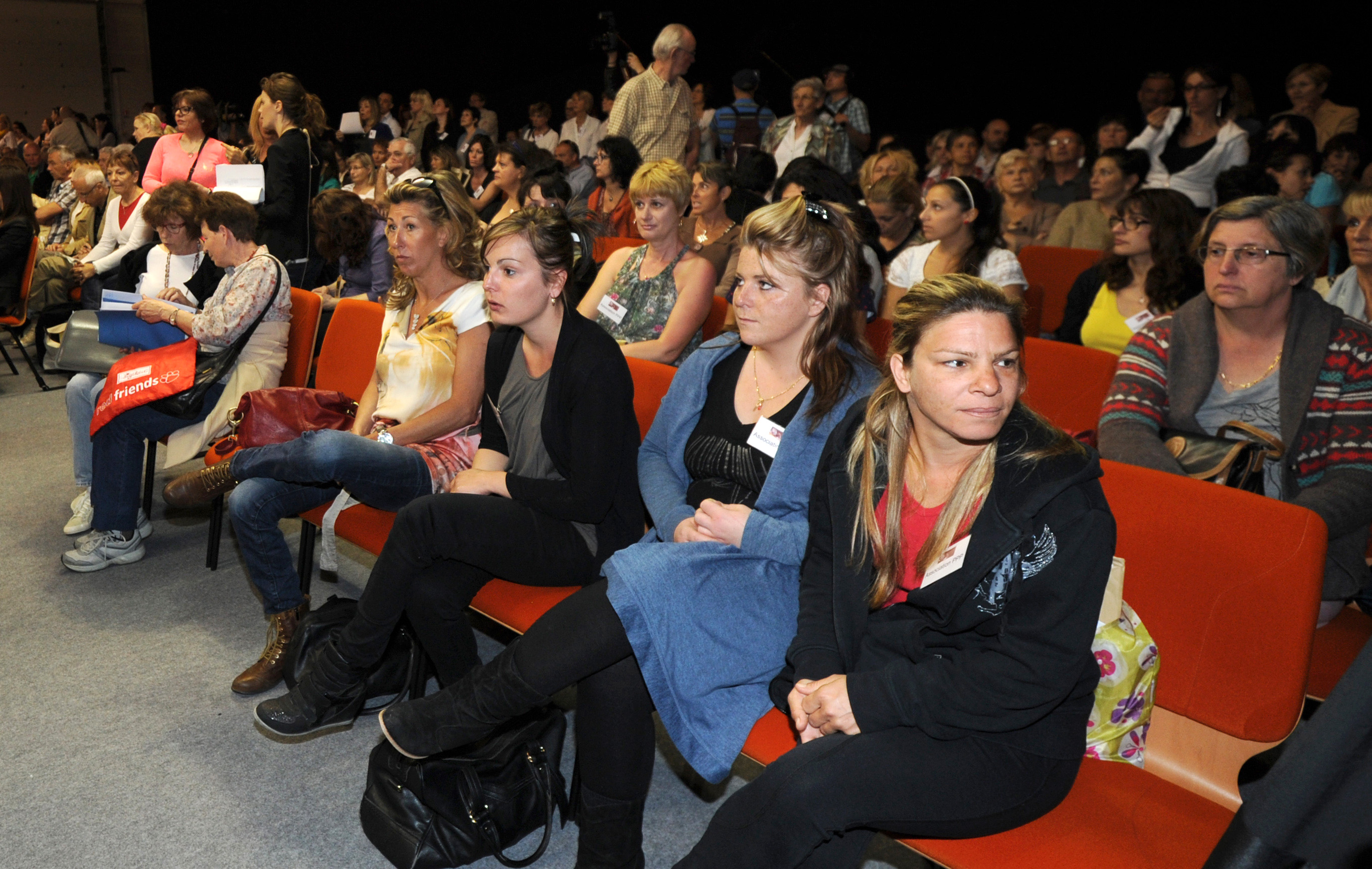 MARSEILLE, France The computer records were scrubbed, inspectors said there was no mention of industrial silicone in quality-control documents, and an employee at the factory in southern France said they were instructed not to ask too many questions about the breast implants sold worldwide.

As a fraud trial opened Wednesday, hundreds of women who crowded into a makeshift courtroom were not the only ones claiming they were cheated by Poly Implant Prothese, which is accused of using cheap silicone to fill tens of thousands of implants that were prone to ruptures and leaking.

A former employee and the company that cleared PIP for certification said in interviews outside the court that they too were victims of the five former PIP executives on trial, and offered a glimpse into what they said was a years-long deception.

CBS News' Elaine Cobbe reports that the scandal was revealed after a tipoff led inspectors to find the industrial-grade silicone at the implant factory. It sparked a worldwide panic as an estimated 300,000 women in 65 countries may have had PIP implants fitted.

Jean-Claude Mas, who founded and ran the now-defunct company, is among those facing trial in the southern city of Marseille on charges of fraud and swindling. The company had claimed its factory in France exported to more than 60 countries and was one of the world's leading implant makers.

The implants were not available in the United States, but they were widely available in other countries until sales ended in March 2010. Of those, more than 5,000 women who received the implants are joining the trial, saying the executives misled them into believing the silicone gel implants were safe.

Cobbe reports that some 300 of the women were in court for the first day of the trial. Many booed and hissed as the company's founder was asked by the court to confirm his name.

Mas' lawyers said the number of women listed in the case as victims is the largest in French judicial history and argued that the trial was too unwieldy to continue. The packed hearing room had six large-screen televisions placed at even intervals to allow even those at the back to see, and judges frequently admonished spectators into silence.

"We have the impression that he doesn't care. I want him at least to recognize that he made mistakes," she said.

Yves Haddad, Mas' lawyer, said his client was prepared: "He was ready to be here and to answer questions, and thinking about those who joined the case, even if it seems odd to some."

A former employee, who attended the trial Wednesday but asked not to be named because of the criminal allegations, said those who worked at the plant were told not to ask too many questions, even when women complained directly about medical problems. The employee said he suffered lung problems he blamed on years of handling unknown chemicals.

As investigators began uncovering the fraud, he said workers at the plant grabbed tubs of toxic materials and dumped them into the sewers to avoid detection.

A lawyer for TUV Rheinland, the Germany company that cleared PIP for certification, said its inspectors were also victims of a company-wide deception.

"The bad gel was taken away in trucks, the computer system was scrubbed of all references to it. Every employee lied. All the documentation was falsified," said Olivier Gutkes, a lawyer for TUV.

Mas declined comment as he entered the city's convention center - which was turned into a courthouse to host all those participating in the trial. He has said he never intended harm and his lawyers said the company's failure ruined him financially.

The vast majority of the implants were for cosmetic reasons. The rest were for breast reconstruction, often following cancer surgery. Within France, about a quarter of the implants malfunctioned, most by rupturing and leaking silicone, according to a government tally released earlier this month.

Doctors and scientists who have followed the case say medical complications stemming from the ruptures and leaks appear to be limited even when the implants rupture: rashes and localized pain were the most common complaints. But lawyers for the women say the full effects will not be known for years to come.

Nathalie Lozano, a Colombian lawyer who said she represents 1,500 women, said she came to Marseille to seek justice for clients she says lack the resources to pay for follow-up care.

The implants in question were not sold in the U.S., where concerns about silicone gel implants overall led to a 14-year ban on their use. Silicone implants were brought back to the market in 2006 after research ruled out cancer, lupus and some other concerns, but the FDA still cautions that implants of any kind can rupture or cause other problems.

PIP ultimately went out of business, and regulators across Europe began demanding calls for tighter oversight of medical devices.

According to various government estimates, over 42,000 women in Britain received the implants, more than 30,000 in France, 25,000 in Brazil and 15,000 in Colombia. Venezuela, where PIP implants were hugely popular, offered free removals for the estimated 16,000 women with the implants, as did France.

France has no system of class-action lawsuits, but people who feel they are victims can join criminal cases. Many of the women from abroad said they hoped a French decision in their favor would ultimately help them at home.

But that could prove more difficult because PIP is bankrupt, said Deborah Hensler, a Stanford University law professor who specializes in mass litigation.

"No lawyer would be willing to take on a case where she knows that in the end there's no way for the plaintiffs to recover," Hensler said.

Among the French women at Wednesday's trial, there seemed to be little expectation of reward.

"Women have lost their jobs because of him, their health because of him," said Joelle Manighetti, a French woman who received the implants after breast cancer surgery and blogs about her experiences. "With the way he has treated us from the beginning, I'm not expecting much from him."