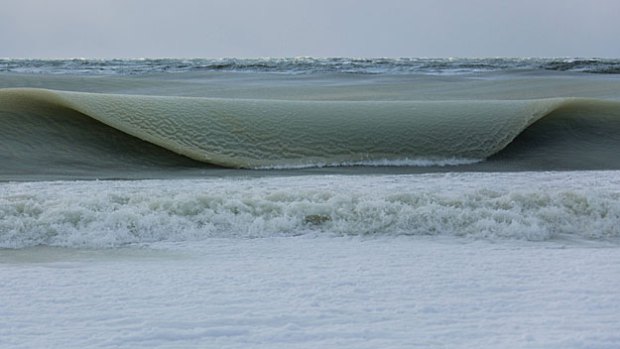 NANTUCKET, Mass. - The cold weather in the Northeast, particularly in New England has been a frustration for many, but it's also been the source of some interesting natural phenomenon.

One of them was discovered by photographer Jonathan Nimerfroh walking along Nantucket Island, who captured images of nearly frozen waves.

Normally, waves crash on the beaches of the Massachusetts resort town but because of the record cold temperatures, the tide has seemingly suspended itself, semi-frozen due to the amount of ice in them.