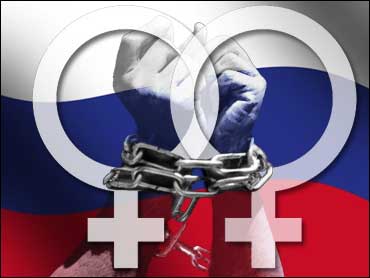 Police freed two young women who had been kept in an underground bunker as sex slaves for more than three years, during which time one of them gave birth twice and became pregnant a third time, Russian news reports said Thursday.

The women, now 21 and 17, disappeared in September 2000 after going to a discotheque in Ryazan, 125 miles southeast of Moscow, the reports said. The search for them was called off after a few months and the young women, who were identified only as Lena and Katya, were presumed dead.

They were found by police on Tuesday in a bunker constructed under a garage and their alleged captor was arrested and charged with kidnapping, newspaper and television reports said. Lena, the 21-year-old, is eight months pregnant, the reports said.

According to the newspaper Kommersant, the pair described how a man and woman had invited them to drink vodka and go for a drive. They said they fell asleep and later woke up in a dark room furnished with two beds and a table, Kommersant said.

Lena and Katya said they were not beaten but were repeatedly raped by their captor, who reports identified as 53-year-old Viktor Mokhov.

Lena gave birth to two boys during her captivity; the infants were abandoned at the doorstep of an orphanage, Ryazan police chief Vladimir Tsypkov told state-run Rossiya television.

At one point, Lena managed to scribble a note asking for help and stuck it inside one of the children's diapers, but Mokhov found it, according to Kommersant.

Officials at the Ryazan regional prosecutors office were not immediately available for comment and it was unclear what led authorities to the garage.

One of the women said Mokhov began to take them out for walks last fall, one at a time and only at night. Rossiya said one of them managed to pass a note to someone while out for a walk.

Kommersant quoted police as saying Mokhov, a factory worker, built the bunker under a garage about five yards from his house. In the small opening to the bunker he placed a thick metal door with a lock, it said.

Rossiya showed footage of police and prosecutors opening a door resembling that of a safe, and then the women sitting on narrow beds, smoking and appearing calm.