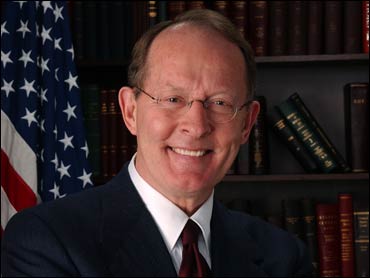 Political Players is a weekly conversation with the leaders, consultants, and activists who are shaping American politics. Just before Fred Thompson announced his presidential campaign this week, CBS News' Brian Goldsmith talked with Tennessee Senator and former GOP presidential candidate Lamar Alexander about Thompson's brand of politics - and whether he would represent a change from President Bush.

CBSNews.com: When you ran for president in 1996, it was widely reported that you made the decision to run pretty shortly after the 1992 election. And when you look back at the last several winning campaigns, the candidates have generally planned their races for that long. Are you confident your friend, Senator Thompson, can make up for that much lost time?

Lamar Alexander: Well, I believe that he can. And I believe perhaps he uniquely can because of his own special presence, his star-power, so to speak. I think it's important to remember that we're still more than a year away from the election. And with the intensity of the media today, we chew up and spit out personalities a lot more rapidly than we used to.

And I think Fred Thompson may just realize that the American public will get very tired of any personality, no matter how attractive, if they have to put up with that person for too long a period of time. It makes me think of Colonel Parker and Elvis Presley back in the '50s. When Elvis was hot, Colonel Parker wouldn't let him make more than one movie a year because he wanted people to want more than they got.

And I think Fred's sense of timing and his recognition that too much exposure can damage a candidacy may turn out to be one of his greatest strengths. We'll see. But his sense of timing is obviously different than that of those who've run before.

CBSNews.com: What hole do you think Senator Thompson fills in the existing field?

Lamar Alexander: Conservative and, second, a commanding presence. I happen to think we have some other good Republican candidates as well, especially Governor Huckabee and Governor Romney and Mayor Giuliani. But among political figures today, Fred looks and acts more like a president than anyone else. And that's important.

George Reedy, who was Lyndon Johnson's press secretary, said that a president's job is, first, to see an urgent need and, second, to develop a strategy to meet the need and, third, to persuade at least half the people he's right. Ronald Reagan was very good on that third point. And Fred Thompson would be as well.

CBSNews.com: When you ran for president, you were renowned for your disciplined and consistent campaign messages. But the lack of that has been a criticism of the Thompson effort so far, that he hasn't developed the kind of compelling rationale that he needs. What do you think is the core Fred Thompson campaign message?

Lamar Alexander: I would expect he would do that over the next couple of weeks. So I should let him do it rather than try to do it for him.

But, based on his history, I know that as he looks at our country probably his preeminent principle is federalism, that we ought to expect more from our states and our cities and ourselves than we do from Washington, D.C..

And overseas it would be strength. He was one of the early voices warning against the dangers of terrorism. And today he's waved a strong red flag about the danger of Iran. So strength abroad and federalism at home would be what I've gleaned from his time as a senator and his life experiences. And we'll see what he says over the next couple of weeks.

CBSNews.com: Speaking of his time as a senator, you're now serving in his seat. What do you think were his biggest Senate accomplishments?

Lamar Alexander: Well, probably the best known Senate accomplishment was the Department of Homeland Security. He was the Chairman of the Government Operations Committee and he managed that bill. And that was his piece of legislation in 2002, which was his last year in the Senate.

I think, in addition to that, he's known for being willing to stand up and say, "You don't need a federal law for every problem in this country." He was one of the few, maybe the only one, who voted against the so-called Drug-Free School Zone Act. I was opposed to it as well and people would say, "Why would you oppose a thing like that?"

Well, the answer is it's not Washington's responsibility to decide if a school is free of drugs or guns. It is the job of the parents and the teachers and the community. And when we do it from Washington, we give the idea to them that they don't have any responsibility. So he's been fairly consistent in that. He showed that in a number of his votes in the Senate.

CBSNews.com: Do you think the revelation that before his time in public office, when he was a lobbyist, that he did work for an abortion rights group in the '90s, is going to dent his consistent conservative mantra at all?

Lamar Alexander: I don't think so. I've talked with several of the leaders in the conservative movement and they like him very much and are very comfortable with his long-held pro-life position.

CBSNews.com: And do you think there's any price to pay for not participating in the GOP debate this week in New Hampshire?

Lamar Alexander: Well, there might be for a short time. But, on the other hand, he's been a near genius in his non-candidacy. I mean he's probably getting more attention from the New Hampshire debate than all of the other candidates put together by his not being there. So he'll have plenty of time between now and February or January or December, or whenever the New Hampshire primary is. He'll have time to go there and shake hands and be seen and have individual conversations.

He campaigned for me while I was running in 1996 and he always drew quite a crowd. People wanted to see him and liked him. And I think they'll like him very much when he goes there.

CBSNews.com: You've gotten some attention, particularly in the last several days, for having supported the position of the Iraq Study Group. And you believe that America's mission in Iraq should change soon. Does Fred Thompson agree with you on Iraq?

Lamar Alexander: I'm not sure he does. I think I should let him speak for himself on that. I know what I think. I think it's time we adopted the Baker-Hamilton recommendations and changed our mission from combat to support, equipping, and training the Iraqi troops. And do that province by province, taking advantage of General Petraeus's leadership over the last several months, which has shown significant military progress in some provinces. But I think I need to let Fred speak for himself on Iraq. He has not told me he agrees with my position on that.

CBSNews.com: The public has such an appetite, it seems, for change right now. People are particularly dissatisfied with President Bush. What do you think the biggest change would be, when and if Fred Thompson becomes president, from George W. Bush?

Lamar Alexander: Well, that's a very interesting question. I think the biggest change would simply be in manner and temperament and ability to communicate with people. President Bush is a very talented individual. And when he was a candidate, he was a very good candidate.

But Fred is a special personality. Most of us in politics recruit support. Fred attracts support. Most of us work to try to get people to watch us. Americans turn channels to try to get a chance to see Fred. So he has an unusual ability to attract support, communicate with people. And, on top of that, he's a very serious person who cares about our country and has a broad range of experience.

So, as compared with the current president, I would say he's a more experienced communicator and he has a different background than President Bush has. He grew up differently and has had a different set of life experiences. And so he would be a fresh face on the Washington scene. He's actually different than any of the candidates running on either the Republican or the Democratic side and our current president. And I think that may be one of his best advantages.

CBSNews.com: But are there some policy areas where you can see a real change happening if Senator Thompson were elected?

Lamar Alexander is the first Tennessean to have been elected both to the governorship and the United States Senate. He served as President George H.W. Bush's Secretary of Education, as President of the University of Tennessee, and as Goodman Professor at Harvard's Kennedy School of Government. He also helped found a private company that is now the country's largest provider of worksite day care. Alexander was a candidate for the 1996 and 2000 Republican presidential nominations.
By Brian Goldsmith