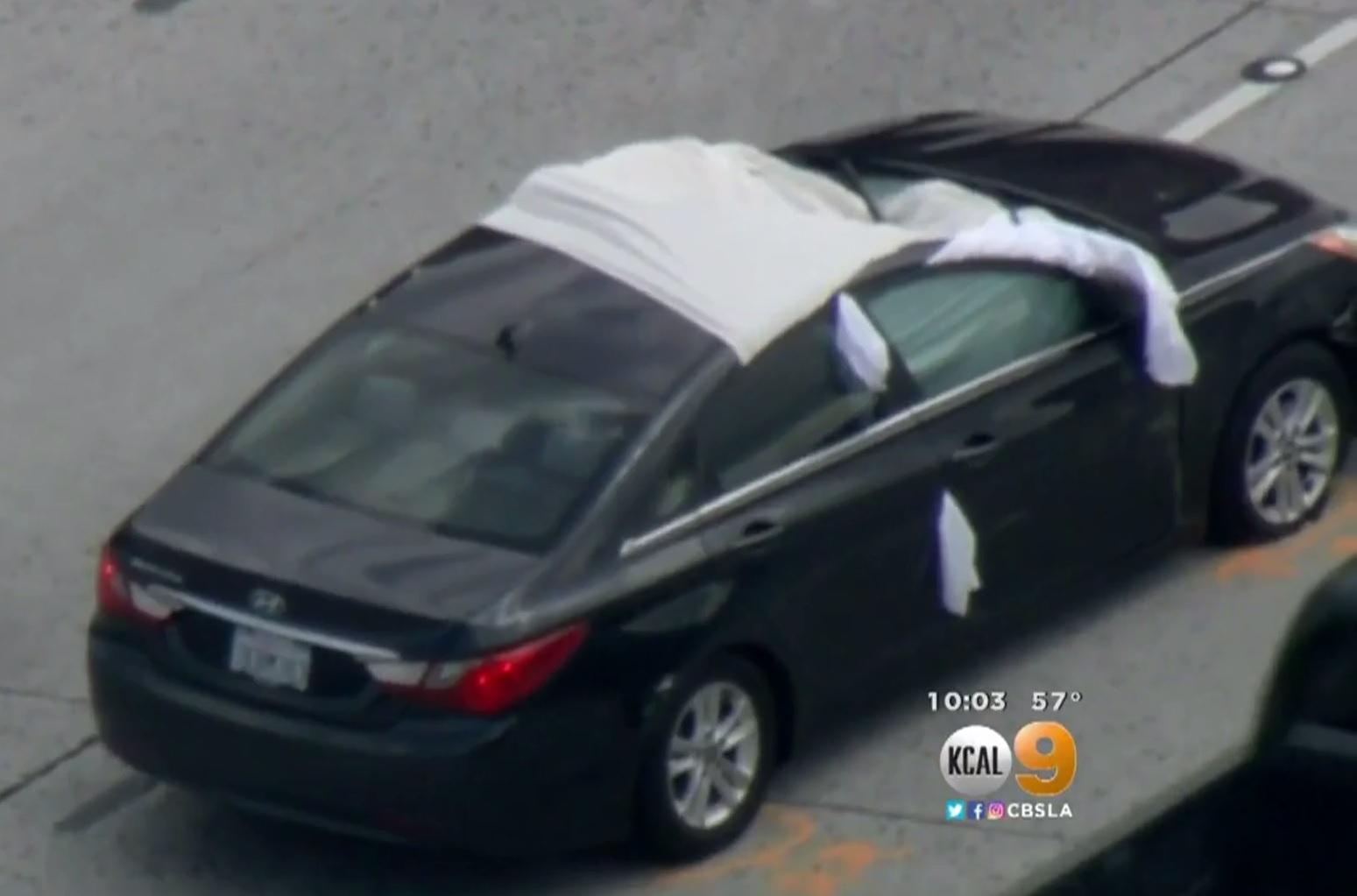 NEWHALL, Calif. -- A driver was killed on a California freeway when a tire flew off another vehicle and crashed through his windshield, CBS Los Angeles reports.

The freak accident, which took place in Newhall, shut down the southbound 14 freeway for hours.

At about 2:30 p.m., a tire from a 1986 white Cadillac came loose, and flew across the freeway from the northbound side and slammed into the windshield of a Hyundai on the southbound side.

Susanna Cantrell says she drives the same road and recently had a dangerous encounter with road debris.

"I was driving on the 14," she said, "and this car, a truck, something fell from the back. Whatever it was, hit my window and I had to swerve to the left. And I almost hit [something.] I had my son with me, thank God, and he said 'mom, mom, watch out, [to warn me.]'"

A recent study by AAA found that over a three-year period, road debris caused more than 200,000 crashes.

The AAA study also said many people are killed or injured not because they hit an obstacle in the road. The study found that when they swerve to avoid hitting something in the road, like furniture that falls off a truck, or the shredded tires of a semi, people are also likely to be hurt.