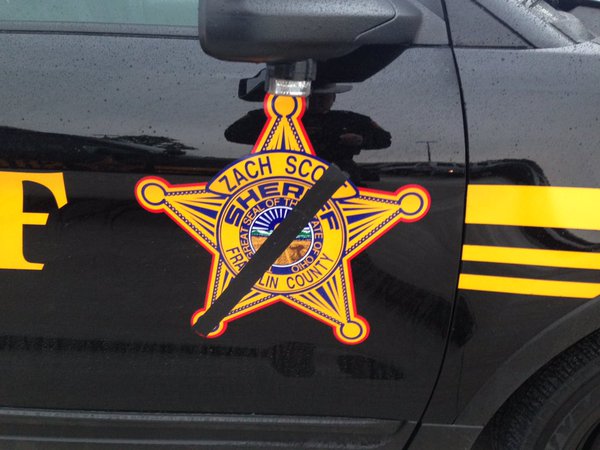 DANVILLE, Ohio - Officials say they were warned a gunman was hunting cops in Ohio this weekend, and by Sunday evening they realized the terrible truth behind the warning when they found a bloody hat but no patrol car and no officer.

Police say a woman in Danville called dispatch Sunday evening around 11:20 p.m. to warn them her ex-boyfriend, identified as 34-year-old Hershel Ray Jones III, was armed and "looking to kill an officer," reports CBS affiliate WBNS-TV in Columbus.

The woman said officers in the area of Danville, near Columbus, were in danger.

Dispatchers frantically put out a call and failed to make contact with Danville Officer Thomas Cottrell. Deputies from the Knox County Sheriff's officer were dispatched, but all they turned up initially was a Cottrell's hat with blood on it, and nothing more.

Their worst fears were later realized 20 minutes later when they Cottrell's body behind the Danville Municipal Building, clearly dead from gunshot wounds. His gun and patrol car had been stolen.

He was the first officer killed in the state of Ohio in 2016, reports WBNS.

Jones was tracked down a short while later, and spotted at 1:30 a.m. running out of a house. Police gave chase, and caught him near Danville Park. He has been named as the prime suspect in the murder.

No charges have been announced yet.