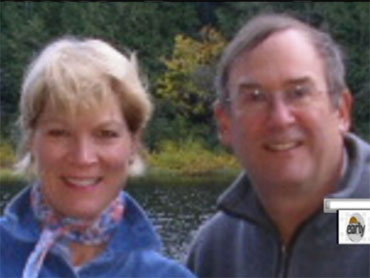 A city councilman from Bellevue, Wash. is the latest victim of a bear attack, in a summer that has seen many more human-bear encounters than usual.

John Chelminiak was taking his dogs for a walk at his vacation home near Lake Wenatchee in Washington when he was suddenly caught in a life and death struggle with a bear.

After hearing her husband shouting for help as he was being mauled, Chelminiak's wife, Lynn Semler, made a dramatic call to 911, saying, "There's a bear up here. Please help me.

Chelminiak could be heard in the background saying, "I'm dying."

During the encounter, believed to be the first in the region in 20 years, Chelminiak suffered puncture wounds to his head and face.

"Oh God, his head is all bashed in!" she exclaimed to the 911 operator.

The bear was found and killed several hours after the attack by Washington fish and wildlife agents.

Chelminiak was airlifted to a Seattle hospital, where he is in stable condition and recovering from his injuries, which Semler calls "amazing."

She told "Early Show" co-anchor Harry Smith Monday she was "scared" and "screaming" as she sought help for her husband.

"I went outside," she told Smith. "I opened the garage door. And there I saw an animal, black. I thought it was a large dog. I took a couple strides and determined, nope, that was a bear. And john was yelling, 'Bear! Bear!' … and I yelled at my daughter to stay inside."

Chelminiak, she said, was "lying on the driveway. Rolling a little bit. I told him to not move. (To) keep breathing. (And to) try to stay calm."

Semler explained how she may have inadvertently played a role in keeping the attack from being much worse, saying, "When I opened the door at the top of the driveway at the house, the bear ran off. And I must have startled it. When I was down at the bottom of the road, I had my flashlight and was looking for the bear. And I did spot it. It was about 120 feet away. And it was pacing back and forth."

On "The Early Show," Smith told what happened. His report includes audio of Semler's 911 call. Then, she spoke with her: