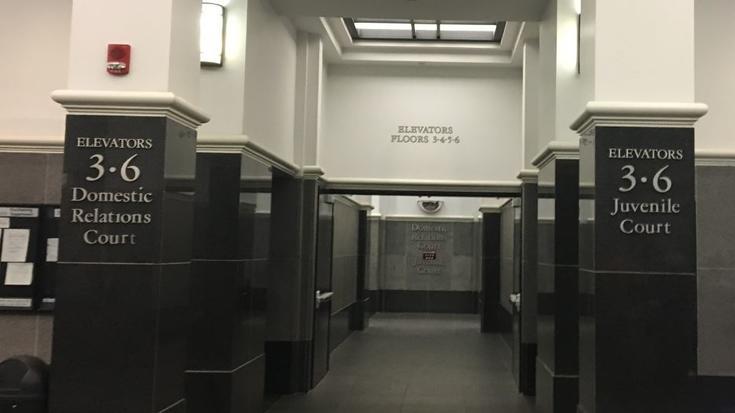 COLUMBUS, Ohio -- A deputy fatally shot a 16-year-old boy in an Ohio courtroom when a fight broke out involving the teen, his family and the officer on Wednesday, a sheriff's office investigator said. The teen, Joseph Haynes, was struck once in the abdomen during the fight that began as an early afternoon hearing concluded in a domestic relations courtroom in Columbus, said Rick Minerd, investigations chief with the Franklin County Sheriff's Office.

Haynes died about 30 minutes later at a nearby downtown hospital.

Events unfolded as a judge wrapped up a hearing involving a firearms charge against the boy and an electronic monitoring device the court assigned him earlier in the case, Minerd said.

"At some point as the hearing was concluding, there was an altercation that ensued involving the deputy and some of the family members," Minerd said. He added later the boy also was involved.

The deputy was knocked to the ground and fired a shot, he said.

Haynes' lawyer, Jennifer Brisco, told the Columbus Dispatch that the teen grew upset when the deputy threatened to arrest him. Franklin County Prosecutor Ron O'Brien told the newspaper the teen was also upset by a judge's order that he continue to wear an electronic monitoring device.

Minerd didn't identify the deputy, saying the investigation is ongoing. The deputy also was injured and was being treated at a hospital, but he wasn't shot, Minerd said.

The boy's grandmother told the newspaper the deputy should have used a stun gun.

Keith Ferrell, executive vice president for the police union that represents the deputy, said the deputy was "violently attacked by multiple people" and had visible injuries including cuts, abrasions, and a possible black eye. He said the deputy was in a "fight for his life" when he opened fire.

"The deputy did exactly what he's there to do -- protect every person in that courthouse, including himself, and that's exactly what he did," Ferrell said.

Ferrell said he hasn't spoken to the deputy about the specifics of what officials have described as an altercation. He said his account is based on the deputy's physical appearance and news reports.

According to juvenile records obtained by CBS affiliate WBNS, Haynes had been charged with aggravated menacing after he pointed a handgun at two people, threatening to shoot them.

Ferrell said there was "concern that this individual has a violent past, and I think his behavior that day indicated that as well."

Minerd said the sheriff's office extends its condolences to the family of Haynes and wishes the injured deputy a quick recovery. He wouldn't speculate on what exactly happened.

The sheriff's office immediately requested crime scene assistance from the state Bureau of Criminal Investigation, and two employees of the agency were assigned, records show.