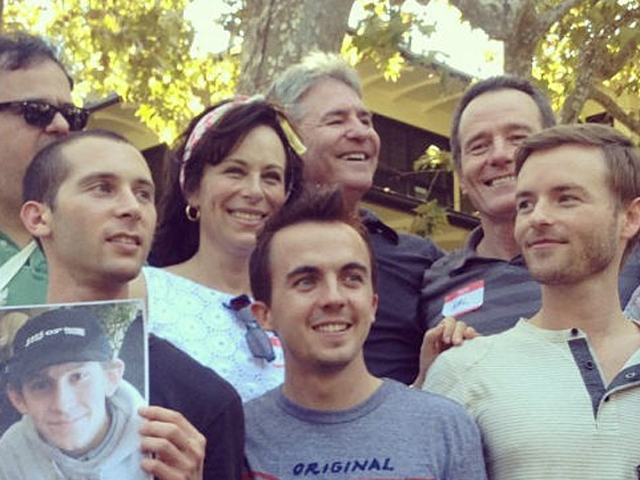 (CBS News) The cast of "Malcolm in the Middle" recently reunited for the first time since the show wrapped six years ago, according to star Frankie Muniz, and he was happy to share photos from the event.

The actor, who played the son of the show's title, posted pictures from the event on his Twitter page this week.

One photo (above) shows Muniz with his on-screen parents (who were played by Jane Kaczmarek and Bryan Cranston) and siblings (Christopher Masterson and Justin Berfield. Berfield is holding up a photo of Erik Per Sullivan, who played youngest brother Dewey).

"First time the whole 'Malcolm' gang was together in over 6 years!" he tweeted. He did not mention why the reunion took place.

Muniz, 26, also tweeted a photo of him posing with Kaczmarek, and another with Cranston (who now plays Walter White on "Breaking Bad"):

Despite admitting that he had food poisoning the day of the reunion, Muniz said he had a great time with his former co-stars:

Tell us: Did you watch "Malcolm in the Middle"?