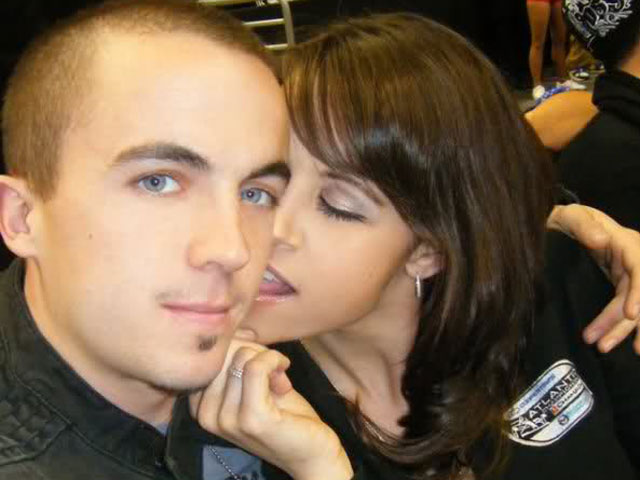 (CBS/KPHO) Investigators in Phoenix reportedly removed a gun from the home of child-actor Frankie Muniz after girlfriend Elycia Turnbow made a domestic violence call on Feb. 11.

But it seems that the pair may have already made up, as Muniz' most recent Twitter update shows a photo of a dining table set with flowers and linens.

The line "The table all set for Valentine's Day dinner...I love @elyciamarie" accompanies the picture.

According to CBS affiliate KPHO, a police report states that Muniz and Turnbow were involved in an argument Friday night in which Turnbow claimed the actor punched and shoved her in an "intense" domestic episode.

The police report from the incident says Turnbow told officers that Muniz at one point held a gun to his head, and that she then called a bandmate of Muniz to take him to the hospital, fearing Muniz may be suicidal.

In a phone call Tuesday with KPHO, Muniz' publicist said the "Malcolm in the Middle" star was neither arrested nor suicidal, and that Turnbow was not assaulted. No charges have been filed.

Police did not find evidence of any injury on either Muniz or Turnbow. Muniz surrendered the weapon to the officers that night.

Through the publicist, both Muniz and Turnbow declined an interview request.