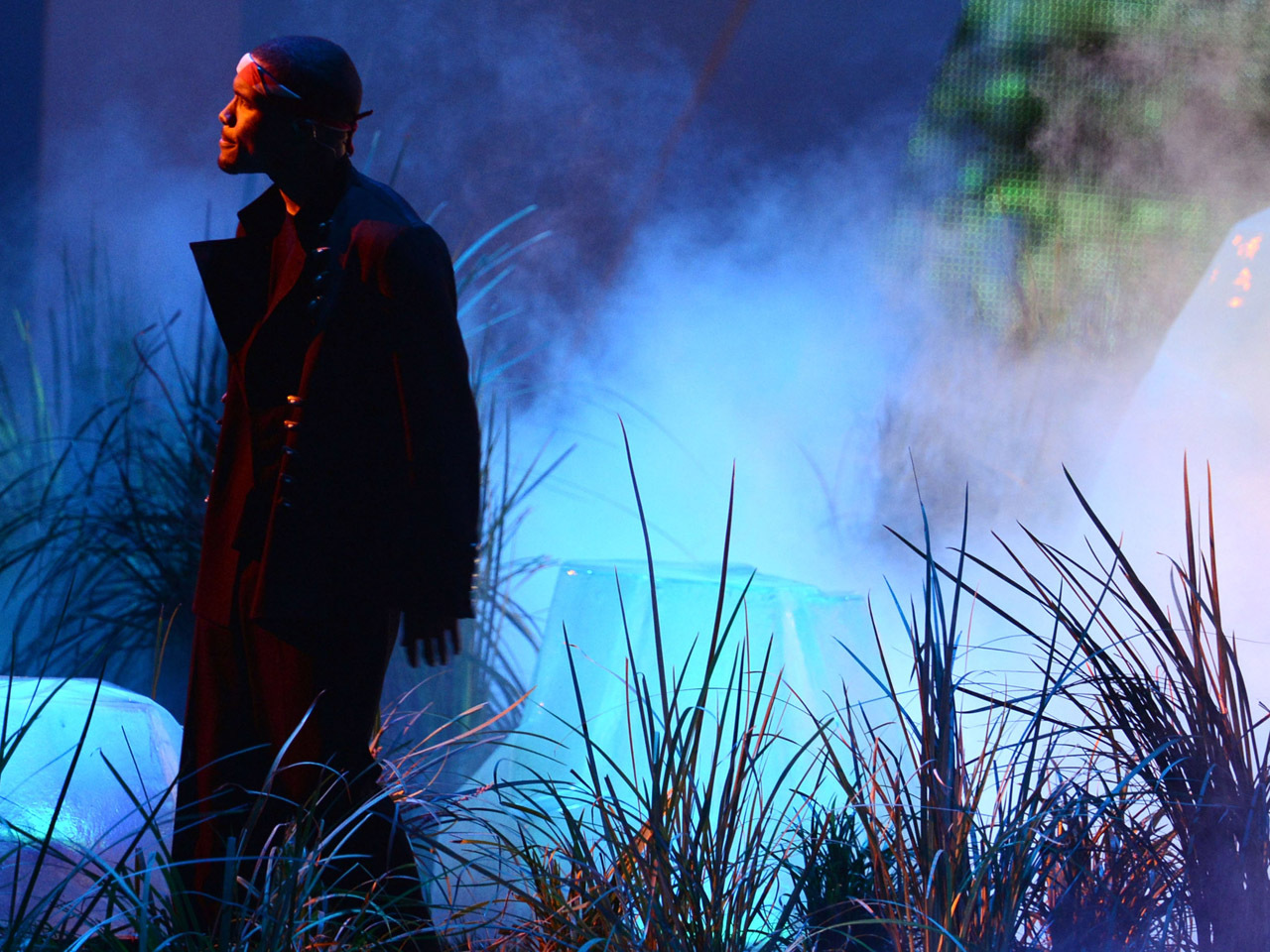 (CBS News) Singer Frank Ocean gave one of the most buzzed-about performances of the 2012 Video Music Awards.

Ocean performed "Thinkin' Bout You" from his "Channel Orange" album on the Staples Center stage Thursday night as flames licked in the background like a campfire.

The singer was sitting on a rock, wearing all black and his trademark headband.

Earlier in the night, host Kevin Hart made some jokes at Ocean's expense, noting how the 24-year-old singer had let the world know his first love was aman.