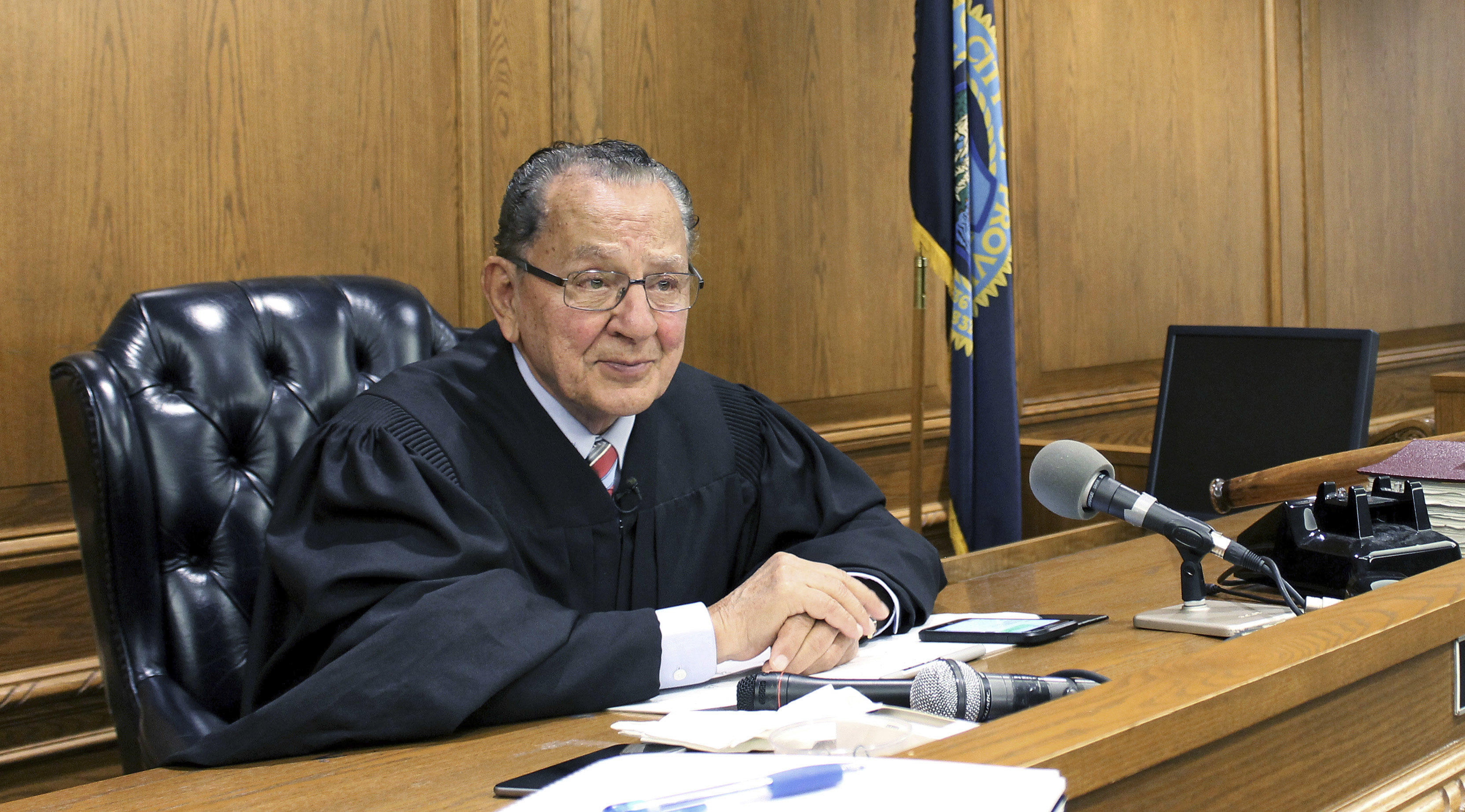 PROVIDENCE, R.I. -- An 80-year-old judge is an unlikely viral video sensation, but somehow Municipal Court Judge Frank Caprio has been winning hearts and clicks on Facebook with a mix of compassion, humor and a rotating cast of the poor souls who have been ticketed in the city of Providence.

Videos featuring the kind-hearted judge have now reached hundreds of millions of views.

Caprio calls children to come up on the bench to help pass judgment on their parents and makes high schoolers promise to attend college in return for dropping tickets. He works out payment plans for people who are struggling. Occasionally he loses patience, especially when he thinks the person is trying to give him "a snow job." He even gets laughs when he turns down pleas for a break.

The judge thinks he's gone viral because people have lost faith in government and are accustomed to institutions coming down hard without regard for personal circumstances.

One video features a woman who had racked up tickets and fines of $400. She broke down as she described trying to pick up the pieces after her son was stabbed to death.

"I'm just really having a tough time, your honor," she told the judge through tears, as Caprio listened attentively.

"I don't think anyone in their lifetime would ever want to experience that," he told her.

"It's the worst feeling in the world. I feel so empty and lost," she replied.

He dismissed the tickets.

The case has been viewed nearly 170 million times on Facebook and given subtitles in nine languages.

People from around the world weigh in on the videos about the judge's tenderhearted approach and the American court system, something Caprio mentions with pride.

"I may be adding just a little bit more understanding toward the United States system of government and how it works, that we are a decent peace-loving people, and not how we're being portrayed in other parts of the world," he said.

He learned his compassion from his father, an immigrant from Italy and fruit peddler-turned-milkman, who would pay milk bills for customers who fell behind, even though his own family lived in a cold-water flat with few resources of their own.

Caprio taught high school history to support himself as he attended law school at Boston's Suffolk University at night. After building a law practice, he became a part-time judge on the municipal court in 1985, hearing mostly non-criminal matters. A few years later, his brother, Joe, began filming the proceedings, calling the show "Caught in Providence."

It has aired locally since then, but Caprio's fame took off after shorter clips started appearing on Facebook last year, posted by Joe's production company and Sociable, a Providence social media company.

"Uncle Joe" as he's known to online fans, says his brother is the same off camera as on, and he has a good message for America and the world.

"He's like a father figure to the world," he said. "He's a senior gentleman. When he says something, they listen."

People who come into court are given the chance to opt out of being filmed, and a handful did on one recent morning. But most didn't seem to mind, including Judy Barros, who has watched the show for years and appeared before him twice.

"If you have a problem, he listens," she said, shortly after he dismissed a ticket for parking in a no-parking zone, even though she had a disability placard.

When he's not on the bench, the judge has a busy law firm, owns an oceanfront restaurant and keeps up an active social life as the head of a sprawling family. President Donald Trump's ex-wife, Marla Maples, stayed in Caprio's guesthouse with mutual friends earlier this month. The following night, he had dinner with talk show host Regis Philbin.

Singer Paula Abdul is considered a member of the family after she started dating his son, John, six years ago. Another son, Frank T. Caprio, was the Democratic nominee for Rhode Island governor in 2010.

Back in the courtroom, Caprio said he's not trying to change the world, but he's trying to do his part.

"In the final analysis, I'm only doing what my father taught me to do," Caprio said. "I'm following his advice, and it resonated in the world."

Hogan hints about political future, weighs in on Trump dinner with Fuentes
Thanks for reading CBS NEWS.
Create your free account or log in
for more features.
View CBS News In
CBS News App Open
Chrome Safari Continue
Be the first to know
Get browser notifications for breaking news, live events, and exclusive reporting.