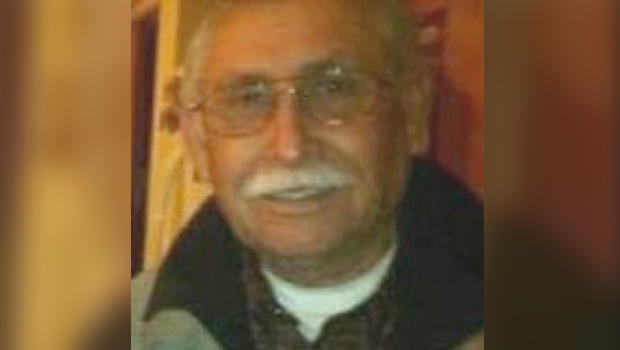 LOS ANGELES -- An unarmed 73-year-old man refused to take his hand out of his pocket and stop walking toward officers who believed he had a gun when they fatally shot him, the incoming police chief of Bakersfield, California, said.

Two different people who encountered Francisco Serna in the hours leading up to the shooting believed he had a gun, and police were answering a 911 call reporting a man with a revolver, incoming Chief Lyle Martin said at a news conference Tuesday.

Officer Reagan Selman, who had been on the force about 16 months, fired seven shots at Serna as he walked toward them in a neighbor’s driveway early Monday, said Martin.

Serna was declared dead at the scene, and no gun was found on him. Martin says an object was recovered that may have been what was mistaken for a gun, but he said it was difficult to describe and didn’t offer further details. The Los Angeles Times reportsSerna was found with a dark, faux wood crucifix.

Martin could not say how many of the seven shots had hit him.

The shooting came about 20 to 30 seconds after a woman who had encountered Serna pointed him out to police as he walked out of his house across the street and walked toward them, Martin said. Serna refused to remove his hand from his jacket pocket and to stop walking toward the officers despite many commands, Martin said.

Serna’s family said he has dementia.

Earlier at about 4 p.m. on Sunday, another neighbor had encountered Serna, whose hand was in his jacket pocket as though he had a gun. Serna tried to force his way into the house of the neighbor, who called his behavior “bizarre.” Serna left and the neighbor, who had recognized him, did not immediately report the incident.

Then about eight hours later, the woman who lives across the street from Serna was getting out of a car in her driveway when he came up behind her and asked her to get back into the car. The woman also saw Serna’s hand in his jacket pocket.

Police said she saw a black- or brown-handled object that she believed was a firearm, the Los Angeles Times reports. She and a friend she was with ran into the house and she told her boyfriend, who called police and said a man in the driveway had a revolver and was brandishing it at women, Martin said.

Police responded and officers had been interviewing the woman for a few minutes when Serna walked out of the house and she pointed him out, leading to the shooting.

Martin said it was an extremely difficult set of circumstances for an officer fearing a man with a gun and a terrible situation for all involved. “This is a tragic incident for their family, the community as a whole, and the police department,” he said.

All the officers who were there have been placed on routine administrative leave.

A group was gathered outside the family home late Tuesday, with one person holding a sign that read “Justice for Francisco Serna.” A candlelight vigil was held in his honor.

Serna’s son Rogelio Serna posted a video on Facebook about the shooting Tuesday. “Right across the street is where the police shot my father,” Rogelio said in the video.

In the video, Rogelio said his father was struck by nine bullets, but a police spokesman told Crimesider he was “misinformed.”

He wrote in another post that his father was in the early stages of dementia and would go on small walks when he had trouble sleeping. “Last night he took his last walk,” Serna wrote.