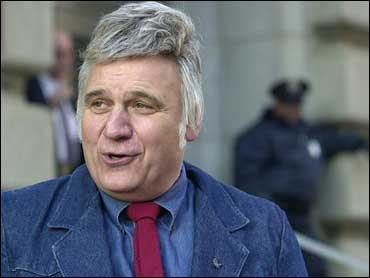 Ron Francis got his 1,000th assist in the franchise's 1,000th win, which made Saturday a grand day for the Pittsburgh Penguins.

"I've had a lot of special moments wearing this jersey, and that was certainly one of the highlights right there," Francis said. "It was just nice to get that and the big thing is we won the hockey game. Double bonus tonight."

Francis received a loud ovation from the standing-room crowd of 17,145, but there wasn't much time to savor the moment. The Penguins were locked in a close game with a quality opponent.

"It's kind of tough that you don't get to maybe take a half-hour break and soak it in," Pittsburgh coach Kevin Constantine said. "You wish you could enjoy the moment, but you're in a tough game with Philly and two seconds after he does it, you've got to be ready to play again."

Jaromir Jagr scored a tiebreaking goal at 5:06 of the third period as the Flyers 4-0-2 streak ended with their first loss under coach Roger Neilson. They had been 3-0-2 since Neilson replaced Wayne Cashman on March 9.

The Flyers have lost four consecutive road games, part of a 2-8-0 streak in away games.

"Our penalty killing hasn't really been sharp since I've been here," Neilson said. "That's something we have to work on and make sure we're on the same page."

Jagr's goal came on a power play as he skated away from the right wing boards, split through two defenders and wristed a shot through Ron Hextall's legs for his 32nd goal.

Ian Moran scored his first in 29 games with 3:33 left in the third.

Moran and defenseman Chris Tamer had a friendly bet about who would score a goal first. Tamer still has no goals in 65 games and now owes Moran a dinner.

"He told me I could super-size it," Moran said.

His goal became the game-winner when Chris Gratton scored with 38 seconds left, redirecting Eric Desjardins' shot after Hextall had been pulled for an extra skater.

Francis' milestone assist came on Fredrik Olausson's goal during a two-man advantage at 18:22 of the second. Olausson one-timed Francis' pass from 40 feet to tie the score at 2-2 and make Francis the seventh player in league history to reach 1,000 assists.

"He set me up very nicely," Olausson said. "It's just great to see him get it. He's very deserving."

Lacroix was upset because he had been knocked to the ice by Kasaparaitis and referee Don Koharski didn't call a penalty. He reacted by jabbing his stick at Kasparaitis.

"It was a bad reaction," Lacroix said. "It was stupid and selfish. You've got to stay disciplined. I didn't and it cost us. I was thinking the referee had turned around to look at the puck but he was looking right at me."

Desjardins put the Flyers ahead 2-1 at 16:14 of the second, taking Rod Brind'Amour's pass and lifting a shot over Tom Barrasso's left shoulder.

Francis scored Pittsburgh's first goal on a power play at 10:33. Stu Barnes was denied at the side of the net but circled behind and fed a pass to Francis at the other side.

John LeClair gave Philadelphia the lead with his 42nd goal at 17:40 of the first. LeClair, left alone in front, was able to poke in Paul Coffey's rebound on a power play.

The Flyers, who hadn't lost since the March 7 game at Pittsburgh, are on a 1-13-4 streak at the Civic Arena. The Penguins have a 6-0-1 home streak.

The Penguins matched a season high with three power play goals. They had done it three other times but not since Nov. 29.

Son Of Mob In ASU Scandal