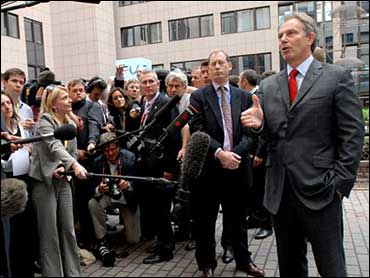 Frances Newton was executed Wednesday for the fatal shootings of her husband and two children 18 years ago, becoming the third woman, and first black woman, to be put to death in the state since executions resumed in 1982.

Strapped to the death chamber gurney and with her parents among the people watching, she declined to make a final statement, quietly saying "no" and shaking her head when the warden asked if she would like to speak.

Newton, 40, briefly turned her head to look at her family as the drugs began flowing. She appeared to try to mouth something to her relatives, but the drugs took effect. She coughed once and gasped as her eyes closed. She was pronounced dead eight minutes later.

One of her sisters stood against a wall at the rear of the death house, her head buried in her arms. Her parents held hands and her mother brushed away a tear before they walked to the back of the chamber to console their other daughter.

About 50 demonstrators chanted outside but the crowd paled in comparison to the hundreds who gathered in 1998 to protest the execution of Karla Faye Tucker, the first woman executed in Texas since the Civil War.

"She's back with her family, in her mind," said John LaGrappe, one of her attorneys, who met with Newton less than two hours before she was executed and described her as "strong and optimistic. ... It's her faith in God."

He characterized her as the victim of laws that denied her access to the Supreme Court and blamed state-appointed lawyers early in her appeals process for missing deadlines that barred Newton from raising legal claims.

"It's a sad statement about the judicial process," he said.

Two cousins of Newton's slain husband who also watched the execution complained that too much attention had been focused on the convicted killer, and not enough on her three victims.

"I wanted her to apologize, just to confess," Tamika Craft-Demming said. "Justice is not to me served. If we saw some kind of apology, that would have been justice."

Craft-Demming sobbed loudly in the death chamber. "I'd like to say not one tear was for Frances," she said. "They were for the kids."

Without dissent, the Supreme Court declined a pair of appeals about an hour before Newton was scheduled to be taken to the Texas death chamber.

The Texas Board of Pardons and Paroles, which last year paved the way for Gov. Rick Perry to issue a reprieve about two hours before Newton was set to die, on Monday unanimously rejected a request that her death sentence be commuted to life in prison. Perry rejected another delay in the execution Wednesday afternoon.

She also lost appeals in state and lower federal courts. Her execution was the 13th this year in Texas. She was the 11th woman executed in the United States since the Supreme Court in 1976 allowed the death penalty to resume.

Newton didn't deny putting a gun in her 7-year-old son's knapsack and stashing the bag at an abandoned house. But she and her lawyers argued the .25-caliber blue steel revolver she hid was not the one used to fatally shoot her son, Alton; her 21-month-old daughter, Farrah; and her husband, Adrian, 23, at their Houston apartment.

Newton all along insisted she was innocent, and the claim about the gun was among several in her appeal to the Supreme Court. She also contended her trial attorneys were incompetent and evidence at her trial improperly was destroyed.

"I know I did not murder my kids and my family," she told The Associated Press in a death row interview. "It's frustrating ... nobody's had to answer for that."

Prosecutors called Newton's appeals meritless, noting that a second gun never was recovered, that repeated ballistics tests confirmed the gun she hid was the murder weapon, and that any destruction of evidence was not improper.

"The unbroken chain of custody directly links Newton to the murder weapon," the Texas Attorney General's Office said in its filing to the Supreme Court.

Newton, accompanied by a cousin, found the bodies April 7, 1987. Her husband had been shot in the head, the two children in the chest, all with a .25-caliber pistol.

Three weeks before the slayings, Newton took out $50,000 life insurance policies on herself, her husband and her daughter. She named herself as beneficiary and said she signed her husband's name to prevent him from discovering she had set aside money to pay for the premiums.

Prosecutors said the insurance payoff was the motive for the slayings.