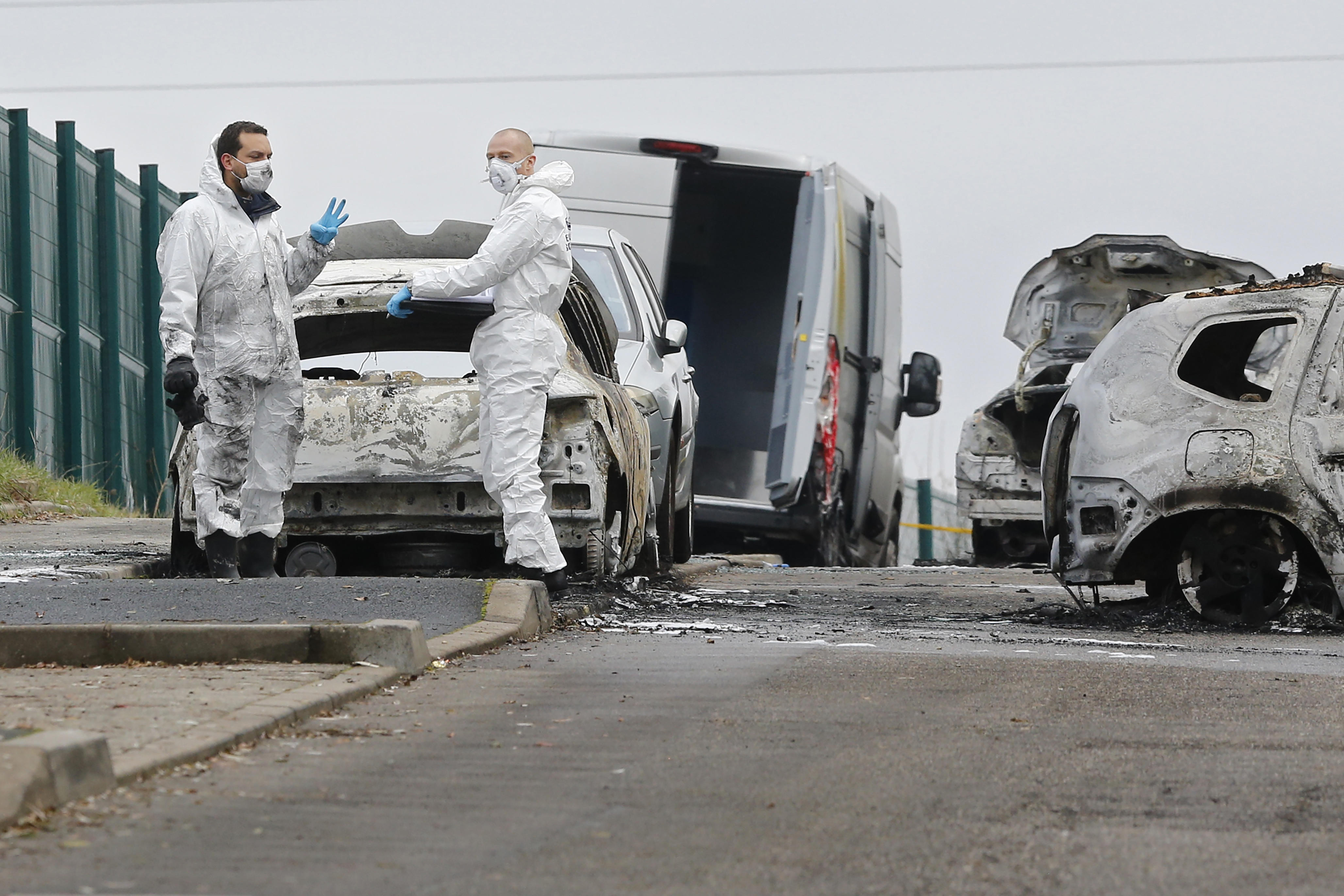 PARIS -- Police said they are hunting fields and towns in southeast France for four thieves who stole dozens of kilograms of gold Monday from an armored truck before setting cars ablaze near a major highway.

The thieves, operating in two cars, surrounded the armored truck and forced it off the A6 highway between Paris and Lyon, a national gendarme service spokesman said.

They then seized the gold, locked the two delivery men in the back of the truck, and set one of their own cars on fire before fleeing, according to the spokesman.

He said the flames spread to three other cars nearby and were threatening to engulf the armored truck as well, but local police intervened thanks to a tipoff from a witness and rescued the two men in time. The other cars appeared to have been parked and unoccupied, he said.

Police vehicles and a helicopter are searching the surrounding area around the town of Dardilly, the spokesman said on condition of anonymity because he wasn’t authorized to give details about an ongoing investigation.

Scientific police studied the charred hulls of the cars and the empty truck, operated by security company Loomis.

While France occasionally sees big jewel thefts and has seen a couple of high-profile highway heists, it’s rare to see a large-scale gold robbery like this, gendarmes said.

The spokesman said dozens of kilograms of gold were stolen. With gold selling for more than $37,000 a kilogram, the value of the theft could top $1 million.

Authorities did not identify the attackers, or release details of who owned the gold or where it was going.