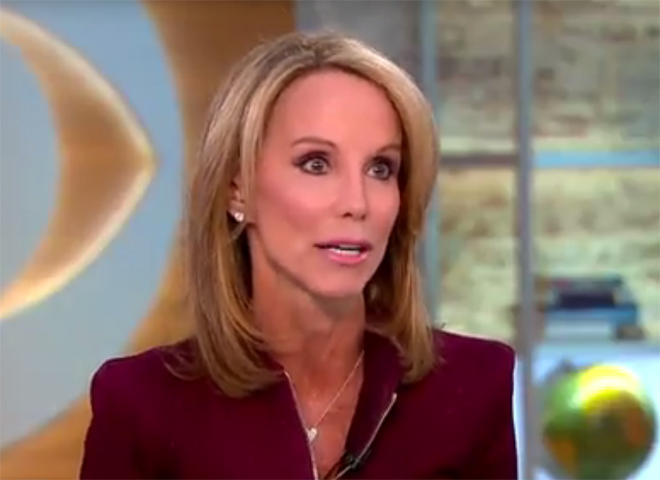 FBI Deputy Director Andrew McCabe said his dismissal by Attorney General Jeff Sessions just two days before his scheduled retirement on Sunday was part of the Trump administration's "war on the FBI." McCabe, who briefly led the agency after Director James Comey was fired, said his dismissal was the latest attack on his credibility. He has claimed he's being singled out because of what he witnessed in the aftermath of Comey's ouster.

McCabe was fired a day after FBI ethics officials recommended his dismissal, reports CBS News justice correspondent Paula Reid, and just before the expected release of an Inspector General's report, which is expected to show that he shared information with the media about the agency's investigation into the Clinton Foundation.

Appearing on "CBS This Morning," CBS News senior national security analyst Fran Townsend, who was homeland security and counter-terrorism adviser to President George W. Bush, said firing the deputy director of the FBI was very unusual: "It's not that it's never happened before, but it's very unusual."

Publicly, McCabe has been accused of a "lack of candor" owing to conversations he had with a journalist. Townsend said that was the most serious offense you could accuse an FBI official of in terms of conduct. "Let's remember, FBI agents make their living by swearing under oath to the truth of affidavits. The courts then grant search warrants, arrest warrants. So, a lack of candor is a fireable offense if the underlying conduct supports it."

The underlying offense, she said, had been decided through a process involving career officials at the Justice Department.

"First, the Department of Justice Inspector General Mike Horowitz, who was an Obama appointee -- who also did the investigation of Fast and Furious, which was an embarrassment to the Attorney General Eric Holder at the time, very independent-minded -- has an independent reporting line to Congress. So if he does an investigation, finds a lack of candor, it then goes to the FBI career officials in the Office of Professional Responsibility, who agree with their findings that there was a lack of candor and agree with the recommendation of firing."

"I think many people are surprised by the harshness of it, and the timing, especially the loss of his pension," said co-host Gayle King. "Can anything be done about that?"

"We don't believe in collective punishment, right?" said Townsend. "The people who are going to pay the price here are McCabe's wife and children, and that seems horribly unfair."

"It reminds me going back to the Robert Hanson case. Here's a man who was an FBI agent and pleaded guilty to treason. Part of his plea agreement, what he bonded for, was that his wife receive his pension. I can't tell you how that got executed and she got it, but that's the plea deal the government entered into, because we don't believe in collective punishment.

"So, in some ways it seems sort of tragic and unfair -- it's one thing to fire him for a lack of candor, it seems that that's legitimate, [but] it's another thing to pull the pension."

"On the surface, though, it does look vindictive," said King. "Should we not take it that way?"

"I think we have to wait and see. The other interesting thing, Gayle, is they took this decision because he was going to officially be retired on Sunday, but that report has not been completed and released yet. Now presumably the deciding officials did see it, but it feels vindictive just because of the timing of it, and the way it was handled."

Co-host Bianna Golodryga also asked Townsend about the latest tweets from President Trump, who attacked the probe into Russian interference in the 2016 election, and specifically attacked Special Counsel Robert Mueller by name.  "In your opinion, is the president laying the groundwork to firing Bob Mueller?"

"I don't think you necessarily have to think it's laying the groundwork to firing him, because many in the Republican Party have said that would be an act too far, but I think you have to take it at face value," Townsend said.

"This is the president sort of throwing what I call an inside pitch at Mueller, saying, 'Remember I can, this is something I can do.' It's that sort of threatening tone to it that's so offensive, frankly."

LinkedIn CEO on compassion in the workplace

Recently married, Brittany Maynard had hopes of starting a family with her husband