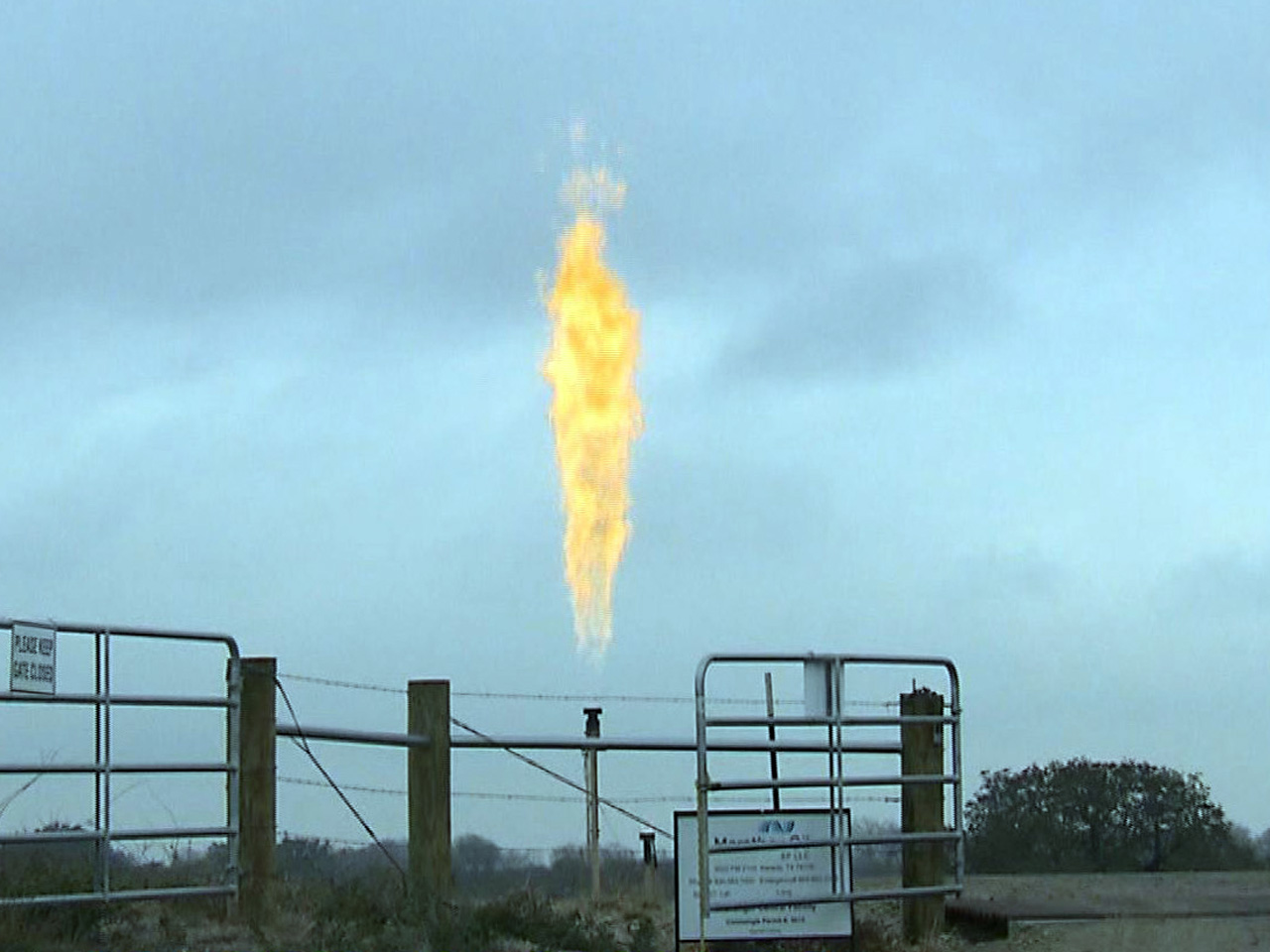 Neighbors in western Pennsylvania are taking sides over oil and gas "fracking." Some landowners can't wait to make a deal with energy companies, while others don't want anything to do with drilling.

But, as CBS News correspondent Michelle Miller reported, a state law could force everyone to let the fracking begin.

Suzanne Matteo is raising her two young daughters on a four-acre plot in New Bedford, Pa. It's what's underneath her property that has an energy giant interested in leasing her land against her wishes.

Matteo and her neighbors sit above the oil-and-gas-rich Utica Shale Field, a lucrative formation Hilcorp Energy is hoping to develop. The Houston-based company is trying to enforce a 1961 Pennsylvania law that could allow drillers to "pool" gas rights or bundle the properties of landowners who support drilling with those who oppose it.

"It's a ploy to pit neighbor against neighbor," Matteo said. "And, you know, what better way to get people to hate each other, than money."

Neighbors Bruce and Jody Clingan run a 200-acre golf course nearby. They signed a gas lease for $500,000 down, plus 18 percent royalties on future gas and oil production.

"It will give our daughters, our grandsons, another third generation here to run the course," Jody Clingan said. "Ninety-nine percent that is for it, and the other one percent, you know, I just can't see where they can stop growth in the economy in this area over it."

Jacqueline Weaver is an expert on energy law at the University of Houston. She said, "There might be some owners in those combined tracks that actually don't want to go into the pool, but it forces them into a larger unit."

Pennsylvania joins about 40 states that have forced pooling laws on the books, and proponents say they've been enforced to both cut down on the number of wells, and to ensure property owners they get their fair share of proceeds.

In a statement to CBS News, Hilcorp said the pooled gas leases are the "fairest method of protecting the rights of the landowners ... and ensures all participants, leased or unleased, are compensated for the minerals they own."

In the meantime, Matteo continues to hold out for moral reasons.