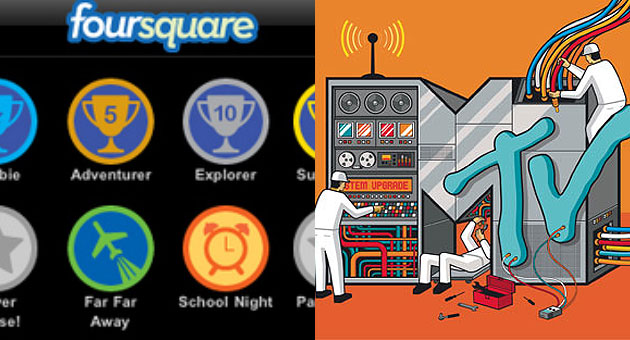 (CBS) Can MTV make getting tested for STDs as cool as cool as Kanye West?

It's an open question, but the network is teaming up with social media company Foursquare to entice young people to earn digital badges for going to a health clinic to get tested.

MTV calls it the "GYT: Get Yourself Tested" campaign. They say the idea is to remove the stigma attached to getting checked out for STDs.

Foursquare is a smart phone application for telling friends and strangers where you are. Fans of the program use it to digitally announce their arrival at bars and restaurants as a way to make new friends and acquire status on the social network.

The program uses GPS to determine a user's location and gives out digital badges for people who achieve certain goals. For example: "Gym Rat" for hitting the gym 10 times in a month or "Crunked" for checking in to four or more bars in a single night.

Now MTV will offer green and black "GYT" badges to those who "check in" at health clinics for STD testing.

"It only takes a few to get the ball rolling," said Stephen Friedman, the general manager of MTV. The point is to make these checkups as commonplace as going to the dentist or getting a physical.

The GYT campaign launched in 2009. It's part of a partnership between MTV and the Kaiser Family Foundation, a nonprofit organization that focuses on health care issues. MTV said the campaign has helped increase the number of young people getting tested at Planned Parenthood clinics nationwide.