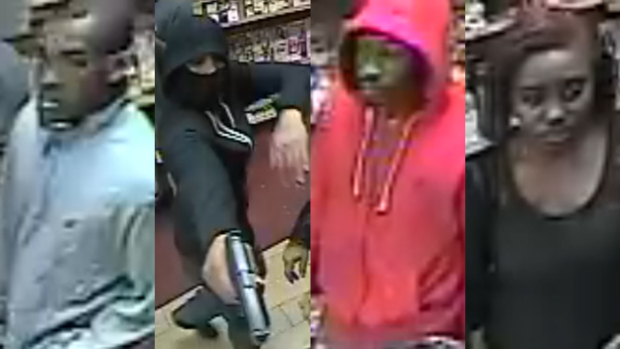 NEW YORK - Police are searching for four suspects in a BB gun assault at a candy and grocery store in Manhattan, reports CBS New York.

Police said all of the suspects are between 18 and 21 years old. A masked male suspect entered the Harlem store around 9:15 p.m. Sunday and allegedly shot two employees with a BB gun. The other three suspects - two men and a woman - reportedly physically assaulted a third person in the store, according to the station.

The motive for the assault remains unclear.

Authorities are asking for the public's help in finding those responsible for the crime. CBS New York reports police believe the female suspect might be named Crystal.