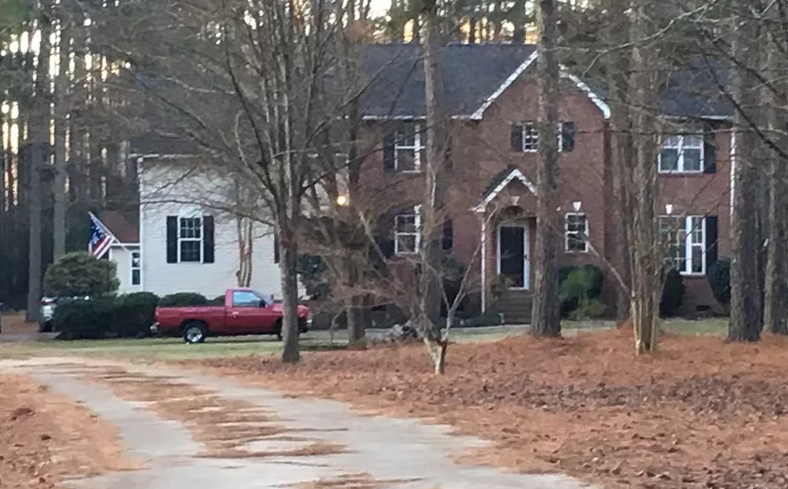 YORK, S.C. -- A man who was wanted for allegedly beating his wife ambushed and shot three SWAT officers searching for him in woods in South Carolina, leaving one deputy "hanging on to life," a sheriff said Tuesday. Christian Thomas McCall, 47, earlier had shot and wounded a fourth officer who was chasing him with a police dog, York County Sheriff Kevin Tolson said.

McCall was also shot and is at the same Charlotte, North Carolina, hospital where the four officers were taken.

York County Detective Mike Doty was the most seriously injured in the shooting. He is "hanging on to life. We've had a lot of support, texts, emails," Tolson said. "We need your continued prayers."

Officers were called to McCall's home outside of York around 10:20 p.m. Monday after he attacked his wife, authorities said.

McCall ran into the woods and deputies searched for him about three hours, York County Sgt. Randy Tolson said at a news conference.

CBS affiliate WBTV reports the South Carolina Law Enforcement Division (SLED) said a police helicopter was shot at and struck in the rear stabilizer during the incident.

Tolson didn't release details about the attack, saying it was under investigation by SLED. Agency chief Mark Keel said he does not comment on pending investigations.

Deputies had been called to McCall's house before because he said he was the victim in a domestic disturbance in 2015. The sheriff did not have details about the case. McCall's wife was not seriously injured in the Monday night attack, Tolson said.

McCall is charged with three counts of attempted murder for the three officers who were less seriously wounded, Solicitor Kevin Brackett said. The prosecutor is waiting to see what happens with Doty's medical condition before deciding what to charge McCall with in that shooting.

The suspect had several "long guns," State Law Enforcement Division spokesman Thom Berry said. Berry did not know the specific type of weapons. Berry said no one on board the state police helicopter was injured and the chopper was able to land safely.

No one answered the door at McCall's two-story brick home later Tuesday morning. The yard was well-maintained and was lined with lights. Several cars were in the driveway.

A neighbor, Roger Gilfillan, said he was stunned to find out who might be involved. "This is baffling," Gilfillan said several times, noting McCall lived in the home with his wife and two children.

"They were real nice people. He just kept to himself," said Gilfillan. McCall frequently walked around the neighborhood, but would only speak when someone spoke to him. McCall never appeared to cause any trouble, Gilfillan said.

State criminal records show only one arrest for McCall. In February 1994, he was charged with assaulting a law officer, resisting arrest and simple assault in Florence. The records did not show what happened to the case in court.

Berry said all of the officers are white men, as is McCall.

York is about 25 miles southwest of Charlotte.