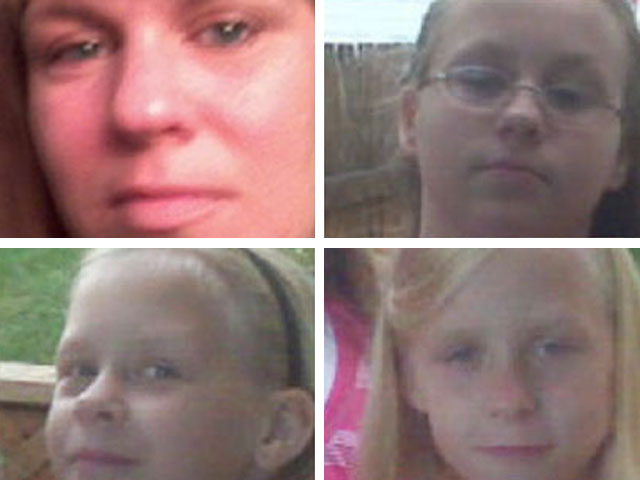 (CBS/WBBM) CRESTWOOD, Ill. - Police in Illinois are searching for a missing Crestwood woman and her three daughters who have not been seen since Easter.

Police say Madison Owens, 11, and her twin sisters, Nicole and Kristin, both 9, are believed to with their mother, 42-year-old Stephanie Owens.

According to CBS affiliate WBBM, the Crestwood police and state authorities are expressing genuine concern for the safety of the family and have issued an "endangerered missing" alert.

On Easter Sunday, Owens - described as distraught and depressed - had dinner with a relative and then drove off with her three daughters.

Owens left behind a hospital job in Oak Lawn, and last used her credit card in Streator and Canton on Wednesday.

"We're concerned for the mother and her children," Crestwood police Chief Theresa Neubauer told WBBM. "We're looking at anything that we can get our hands on, but we keep coming up to the same wall."

The family is believed to be in a tan 1996 Lexus four-door sedan, with the Illinois license plate L32 1854.

Anyone who has seen missing members of the Owens family since Easter, or have heard from them, are asked to call the Crestwood Police Department at (708) 385-5131.