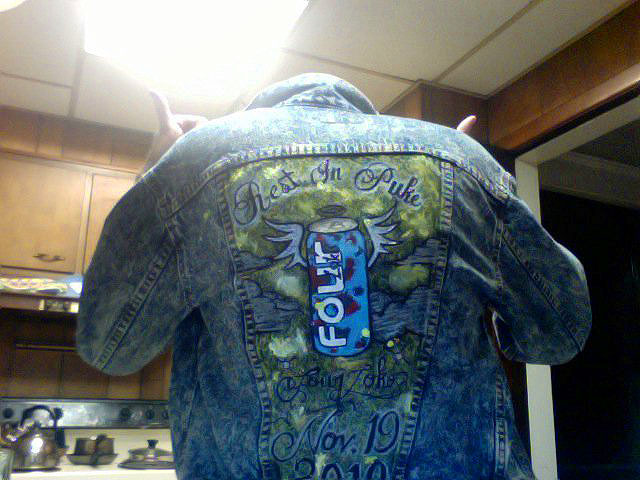 (CBS) As Four Loko and other caffeinated alcoholic drinks near their final days, young fans of the controversial beverages are acting as if Armageddon is nigh.

"We will be the last earthlings to enjoy the taste of Four Loko," Tom Grahsler, a 26-year-old hoarder told the Washington Post. His plan is to stockpile the drink and throw a party after the government pushes them off the shelves.

On Wednesday, the FDA told Four Loko and three other makers of similar products to stop distributing the drinks within two weeks. The agency said they consider them unsafe. They might also be illegal.

In New York, mourners held a candle light vigil in Union Square. The rock band Anamanaguchi played while a deeply saddened group of hipsters told personal stories of their encounters with el Loko.

"Every time I drank a Four Loko, something terrible happened," one said, according to the Village Voice. "And each time, I grew from it."

On a Facebook page, saddened fans invoked "American forefather Alexander Hamilton, [who] would have enjoyed Four Loko and made it his drink of choice during the grueling Battle of Yorktown."

"UNITE AS ONE to stand for FREEDOM and something greater than the individual," the site said. "AS ONE WE CAN BE FOUR."

But school administrators, parents, and law enforcement have been less enthusiastic, calling for bans on campuses and asking the FDA to investigate the drinks.

Students in several colleges around the country were hospitalized after drinking Four Loko, but in many cases they were also drinking heavily of other liquors.  Police reports in at least one incident suggested illegal drugs were also present.

Four Loko's main product is a 23.5-ounce drink with 12 percent alcohol - roughly equivalent to drinking five 12-ounce beers. The drink also has about a cup's worth of coffee, according to the manufacturer.

Four Loko has long defended its products, saying they are like "having coffee after a meal with a couple of glasses of wine." But, the Phusion Projects LLC., the drink's manufacturer, got ahead of the government this week, in announcing they will removed caffeine from their drinks.

It's not clear if the end of days are here, but for Loko fans, it's certainly last call.