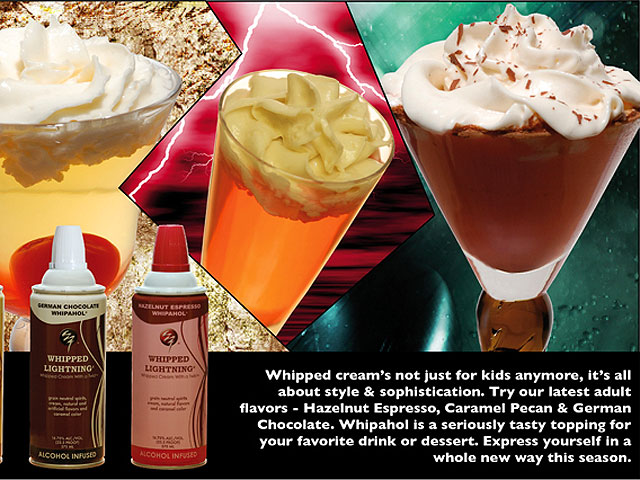 (CBS) With the ink barely dry in the case against Four Loko, the caffeinated alcoholic drink popular with college kids and very unpopular with health regulators, attention is moving to the new kid on the block - an alcohol-infused whipped creams.

Whipped Lightning, a popular new product, contains 18 percent alcohol, according to food catalog listings. That's two to three times what you get from most beers. Another topping called Cream has 15 percent alcohol.  Both are gaining ground on college campuses, according to local reports here,  here and here. Neither has run afoul of health regulators to this point.

Earlier this month, the FDA told Four Loko and several other manufacturers of caffeinated alcoholic drinks that their products were not considered safe and should be taken from shelves.

Doctors have told CBS News that Loko fans might not realize how much alcohol they were drinking because the caffeine can blunt its effects. Students on several college campuses were hospitalized after partying with Four Loko, but other liquors, and, in at least one case, drugs, might have been involved.

This week, Four Loko is re-introducing their products without caffeine, but still plenty of booze. The company has long held that their products are no different than drinking a cup of coffee after a few glasses of wine.

WHAT DO YOU THINK?
Are the health police going too far, or should regulators worry about what college kids drink?