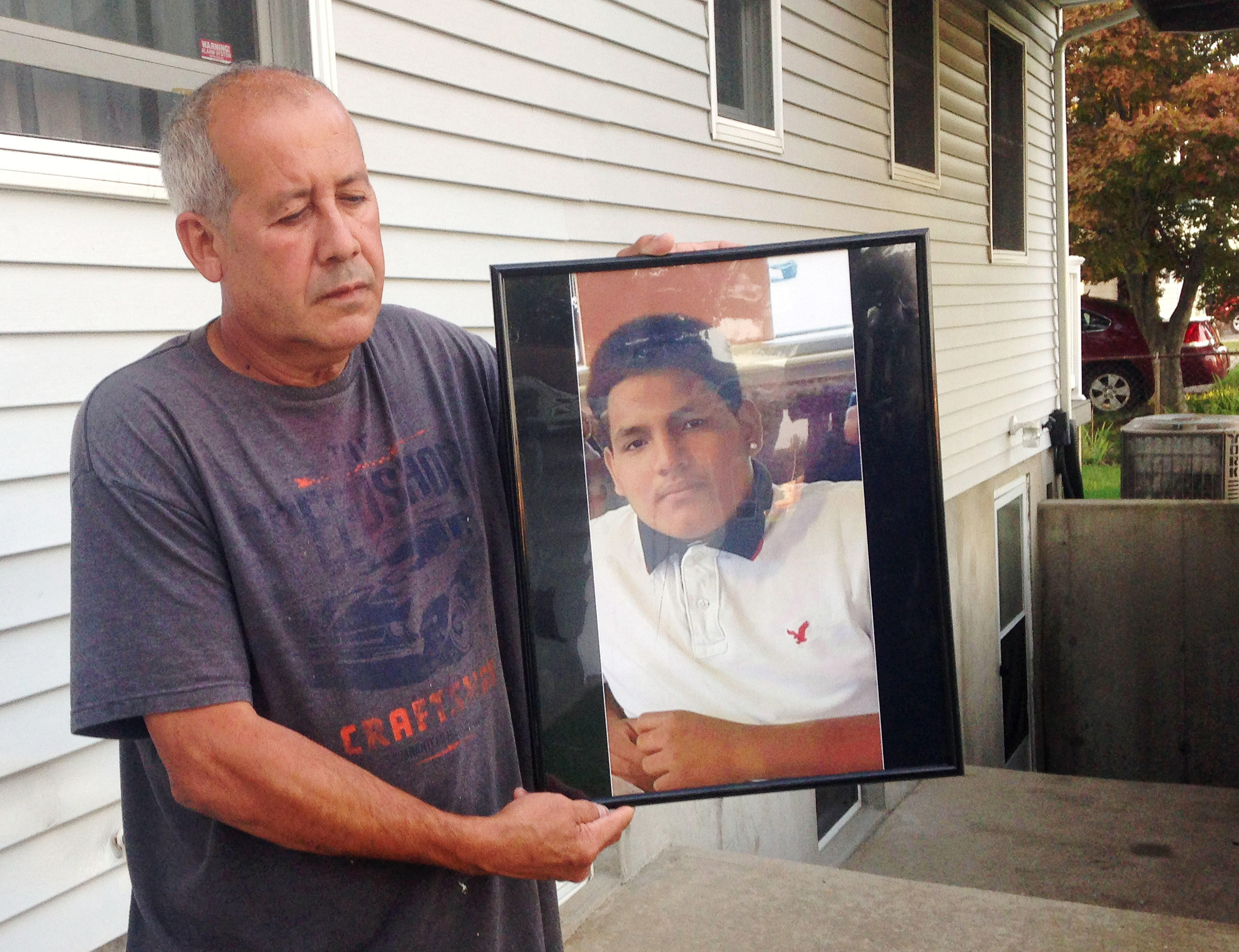 BRENTWOOD, N.Y. - The school year in one suburban New York community has started with funerals, fear and frustration.

Four teenagers from Brentwood High School on Long Island have been found dead within the past month, all suspected victims of gang violence. While police are releasing few details about their investigation, students are saying they’re afraid to walk alone in their community and school administrators are warning students not to wear clothing that could risk offending vicious street thugs.

Alexis Portillo, 16, was devastated when he learned of the killings: “Like, who else is going to be next, you know?”

One Brentwood teen who wouldn’t give his name, saying he feared gang retaliation, said many students are nervous.

“They don’t play around. If they don’t like you and if you do something to them, they will come after you,” he said. “I’m not going to walk anywhere. We’re definitely more cautious about that. I don’t go out at night anymore.”

A law enforcement official told The Associated Press that said the Salvadoran gang MS-13 is suspected, although police have not made arrests. The official was not authorized to talk publicly and spoke on the condition of anonymity.

Like many suburban areas, Long Island has become a home to street gangs. At least 30 people have been killed by MS-13 gang members on Long Island since 2010.

“There’s definitely been an uptick, but we always have bad crews operating here,” the official said.

In one particularly heinous killing, four MS-13 gangsters were convicted in the 2010 killing of a Long Island woman and her toddler son. Prosecutors say the mother had allegedly shown disrespect to the gang. Her child was murdered simply because he was with her.

In Brentwood, Nisa Mickens’ brutally beaten body was found on a tree-lined street Sept. 13, the day before her 16th birthday. A day later, the beaten body of 16-year-old Kayla Cuevas was discovered in the wooded backyard of a nearby home. The teenagers had been inseparable, lifelong friends who shared an interest in basketball.

“They were best friends; they had a natural chemistry,” Robert Mickens said of the teens. “You see one, you see the other.”

Suffolk County police commisisoner Tim Sini said: “These murders show a level of brutality that is close to unmatched.”

Days later, police discovered the skeletal remains of 19-year-old Oscar Acosta and 15-year-old Miguel Garcia-Moran in a remote industrial area of Brentwood. Acosta had been missing since May, and Garcia-Moran vanished in February. Police say how they died is still under investigation.

Abraham Chaparro, Garcia-Moran’s stepfather, said he was last seen heading off to meet some friends. He said his stepson, who emigrated from Ecuador two years ago, liked cars, soccer and girls.

“He had a girlfriend in every corner. He was good-looking,” Chaparro said. “I don’t understand how this happened. It’s a mystery.”

A large photo of the boy smiling in a white suit and black bow tie sat at the front of a funeral home chapel as mourners paid respects this past week.

Maria Arias spent days going door to door looking for her son, Oscar, after he disappeared while reportedly going to a nearby park to play soccer.

Sini says detectives are optimistic about arrests. A “violent known gang member” was in federal custody, he said, but the arrest papers and charges are under seal and no one is saying if that suspect is tied to any of the killings.

All this leaves a community on edge.

Brentwood school officials said a freshman walking to a bus stop with a light blue T-shirt in his hand was stopped last week by a group in a car. The driver demanded the shirt, which was set on fire; the student was told not to wear that color again. Curtis Sliwa, founder of the New York City-based Guardian Angels, a neighborhood patrol group that has now started patrols in Brentwood, said blue is an MS-13 color.

School officials advised in a letter to parents that “children not wear clothing that could be considered to be gang-related.”

Monique Darrisaw-Akil, assistant superintendent for secondary education, conceded that “students sometimes get involved in things that are not in their best interest or in the best interest of the school community, so we try to be as proactive, and provide interventions.”