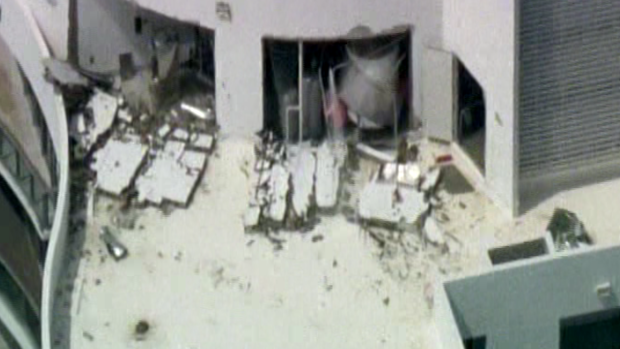 Fire officials say a gas leak caused an explosion in the boiler room of a penthouse at a Miami-area high-rise, injuring at least four people.

The explosion happened Friday at the top of a high-rise residence in Sunny Isles Beach, a city about 20 miles north of Miami.

Around noon, fire rescue trucks could be seen near the Chateau Beach Residences building.

CBS Miami's chopper was over the scene as a section of the top of the building could be seen apparently collapsed near a room that looked like a boiler room.

This is a breaking news story and will be updated.