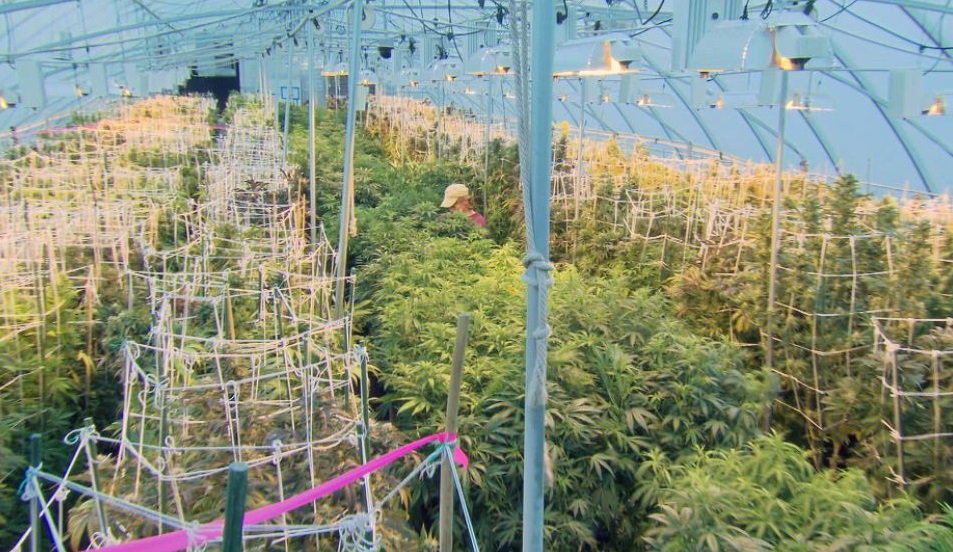 Until now, it's been a few rich individuals who secretly funded burgeoning pot companies, but for the first time, a major investment firm is going to put multimillion dollars behind marijuana.

It's a partnership between two investors and the first institutional investments in pot, reports CBS News correspondent Anthony Mason.

Geoff Lewis's firm, Founders Fund, a $2 billion company, made its name investing early in new companies like Facebook, Spotify and SpaceX. But now it's betting on pot.

"We discuss all our investments for a long time. ...So particularly in this case, we did an extra, extra deep dive on the business," Lewis said.

The business is recreational marijuana, now legal in four states. Medicinal marijuana is legal in more than 20.

Privateers Holdings is the parent company of three cannabis brands: Tilray, which grows marijuana in Canada; Leafly, an online database of different pot strains and stores; and Marley Natural, from the family of reggae star Bob Marley, which aims to become the "Marlboro of marijuana."

Kennedy faced challenges along the way.

"Raising money is always difficult, but raising money in this particular industry is the hardest thing I've ever done," he said. But Founders Fund is backing Kennedy's companies because it sees a future in what they says is already a $40 billion business in the U.S.

"One of our fundamental beliefs is anyone who wants to consume cannabis is already consuming it," Kennedy said.

"We will see it transition, transform from being a market that's based on prohibition and an illicit market to being a fully open, fully transparent market. And that's the opportunity," Kennedy added.

"The surest way of doubling your money investing in cannabis stocks is to fold it back over and put it in your pocket," UCLA professor Mark Klieman warned.

That is, if they don't get arrested first. Under federal law, marijuana is still illegal. While the Justice Department has said it won't prosecute cannabis companies following state laws, that could change.

Kennedy said he doesn't see a risk, however.

"Over 80 percent of Americans believe the medical cannabis should be legal, 8 out of 10; you can't get 8 out of 10 American's to agree on anything," Kennedy said.

"We're investing because we think it's a great business," he noted.

Both Lewis and Kennedy believe marijuana will be fully legal in the U.S. within a decade. As of now, there are no numbers on how many businesses have already started, or how many jobs have been created, but many experts agree the marijuana market could become a $150 billion to $200 billion market worldwide.