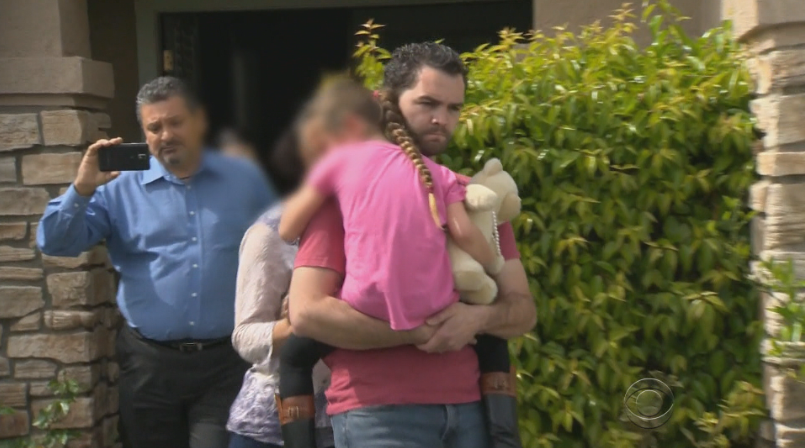 LOS ANGELES -- A California appeals court affirmed on Friday a lower court's decision to remove a six-year-old girl with Native American ancestry from her foster family of four years and reunite her with relatives in Utah.

Lexi, who is 1/64 Choctaw, was taken from her foster home north of Los Angeles in a tearful parting in March and placed with extended family in Utah under a decades-old federal law designed to keep Native American families together.

Her former foster parents, Rusty and Summer Page, asked the appeals court to reverse a lower court ruling that ordered them to surrender Lexi. Their attorney argued the lower court made an error by failing to take into account Lexi's bond with her foster parents and siblings.

However, a three-judge panel in Los Angeles found the lower court made the right decision and correctly considered the bond Lexi developed with the Pages as well as other factors related to her best interests.

They also agreed that the Pages did not prove with clear and convincing evidence that Lexi would suffer emotional harm by the transfer.

The Pages said they plan to take the case to the California Supreme Court.

In March, Lexi cried and clutched a stuffed bear as Rusty Page carried her out of his home and Los Angeles County social workers whisked her away in a waiting car.

"How is it that a screaming child, saying, 'I want to stay, I'm scared,' how is it in her best interest to pull her from the girl she was before that doorbell rang?" Rusty Page told CBS News Radio station KNX-AM.

"The Pages are obviously extremely disappointed with the court's decision, but they believe in our judicial system and remain hopeful that they will ultimately prevail," their attorney, Lori Alvino McGill, said in a statement.

Lexi was 17 months old when she was removed from the custody of her mother, who had drug-abuse problems. Her father has a criminal history, according to court records.

Although foster care is supposed to be temporary, the Pages want to adopt Lexi and for years have fought efforts under the federal act to place the girl with relatives of her father, who is part Choctaw.

Lexi is now living in Utah with relatives of her father who are not Native Americans.

Her relatives said in a statement they hope the ruling brings closure and "Lexi is at last allowed to live a peaceful childhood in our home with her sister."

The case is one of dozens brought by foster families since the Indian Child Welfare Act was passed in the late 1970s. Lawmakers found that Native American families were broken up at disproportionately high rates, and that cultural ignorance and biases within the child welfare system were largely to blame.