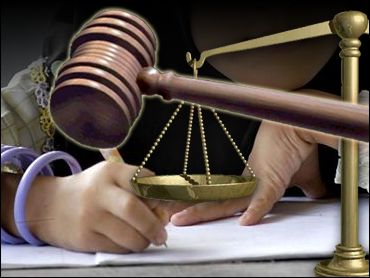 Former Judge Scott McCown, who heard Texas child abuse cases for more than a decade, still keeps a letter he received from an 8-year-old girl living in foster care and on the verge of being officially removed from her mother's life.

McCown said that letter received five years ago vividly voices what he learned from the cases of more than 4,000 children: "Kids want their parents."

Nonetheless, he was obligated to terminate the mother's parental rights. The story might have turned out differently, he believes, if substance abuse treatment had been available for the mother earlier.

The lack of timely services for troubled parents and children was ranked the top frustration by half of judges in a national survey of more than 2,200 judicial officers who handle foster care cases.

More than half of the judges who specialize in such cases said court backlogs also cause delays in finding safe, permanent homes for children in foster cares, says a report being released Thursday by a nonpartisan public education project called Fostering Results.

"We're swamped," said juvenile court Judge Douglas Johnson of Omaha, Neb. "And I think it's similar in other jurisdictions across the nation."

Half a million children and teenagers are in foster care in the United States. About half of them spend two or more years in foster homes, according to The Pew Commission on Children and Foster Care. They are placed in an average of three different homes.

Many parents end up on waiting lists for drug treatment, parenting classes or psychiatric help, while their children linger in foster care.

In some cases, the opportunity is lost if parents don't get help quickly, said McCown, who retired as a district judge in 2002 and now leads a Texas research group that advocates for policies to help children and the poor.

"When a case begins and a child is removed, that's the moment you have the parent's attention," he said. "If you can get them that day into services, the chances of them turning their lives around are significantly increased. If they simply drift back to the street and are told, 'We'll call you when we have a bed,' chances are you're going to lose them."

Even when parents stay motivated and eager to change, the child can be trapped in foster care for years if treatment isn't available, said retired Cook County, Ill., Judge Nancy Salyers, co-director of Fostering Results.

Such a child can't be returned to an unfit home but usually can't be adopted because the parents haven't been given a reasonable chance to improve.

In Nebraska, Johnson said, officials are trying to consolidate the different layers of treatment — substance abuse, psychiatric evaluation, parenting lessons, each with their own waiting lists — that many parents need before they are ready to get their children back.

"When we do it piecemeal, it's a slow dance, waiting to move through the next piece," he said. "And these kids are waiting."

The Fostering Results survey was mailed in March and April to 5,149 judges nationwide, and 2,241 of them, or 43.5 percent, responded. It was financed by a grant from The Pew Charitable Trusts to the Children & Family Research Center at the University of Illinois at Urbana-Champaign.