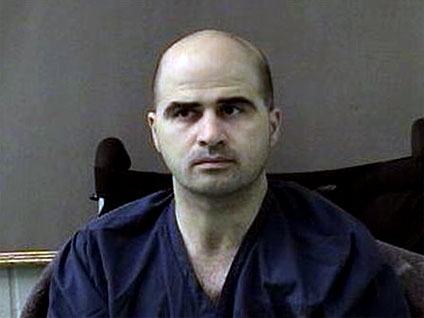 (AP) FORT WORTH, Texas - The Army psychiatrist charged in the fatal Fort Hood shooting rampage will be barred from the courtroom during his pretrial hearing Tuesday if he hasn't shaved his beard and will be forced to watch the proceedings on closed-circuit television.

Maj. Nidal Hasan surprised the judge earlier this month when he appeared in court with a beard, which violates Army regulations. The judge, who has the power to bar defendants from court for such violations, issued the order and postponed the hearing until Tuesday.

Hasan had been clean-shaven in all other court appearances since the 2009 attack, which killed 13 people and injured more than 30 others on the sprawling Texas military post about 125 miles southwest of Fort Worth. Fort Hood officials wouldn't say Monday whether Hasan would be charged if he shows up unshaven. One possible charge is failure to obey a lawful order or regulation, which carries a maximum two-year jail sentence.

Hasan is an American-born Muslim, and his attorneys have said they would seek an exception based on religious beliefs to the Army's rule.

Since Hasan has been growing the beard just before his scheduled Aug. 20 trial, he may be trying to use the media attention to show that he's being persecuted for his religious beliefs, said Jeff Addicott, a former senior legal adviser to the Army's Special Forces who is not involved in the Hasan case.

"He's going to play the religious card," Addicott, director of the Center for Terrorism Law at St. Mary's University School of Law, said Monday. "And this is his last card to play ... because no one believes he's not going to be found guilty."

Fort Hood spokesman Chris Haug said Monday that post officials wouldn't know until Tuesday whether he had followed the judge's order. He couldn't provide details on the closed-circuit TV and whether anyone in court would be able to see Hasan.

Hasan, 41, is paralyzed from the waist down after being shot by police the day of the rampage. He remains jailed.

"I don't think he has to rely on a beard to show that he's being treated unfairly," Hasan's former lead attorney John Galligan said, noting previous court rulings against Hasan.

Galligan, who hasn't spoken to Hasan in months, said he doesn't know why Hasan is growing the bead and declined comment on what Hasan had said about his religion.

The judge, Col. Gregory Gross, is expected to consider several motions Tuesday, including whether to delay Hasan's military trial until December. The trial already has been postponed from March and then June, as defense attorneys said they needed more time to prepare.

Witnesses have said that on the morning of Nov. 5, 2009, a gunman wearing an Army combat uniform opened fire after shouting "Allahu Akbar!" — or "God is great!" in Arabic — in a Fort Hood medical building where deploying and returning soldiers received vaccines and other tests. Several witnesses identified the gunman as Hasan, who was scheduled to deploy to Afghanistan the following month.

A Senate report released last year said the FBI missed warning signs about Hasan, who the report said had become an Islamic extremist and a "ticking time bomb" before the rampage.

U.S. officials have said they believe Hasan's attack was inspired by the radical U.S.-born cleric Anwar al-Awlaki, and that Hasan and the cleric exchanged as many as 20 emails. Al-Awlaki was killed in a U.S. drone strike in Yemen last fall. His name has not yet been mentioned in any hearings in Hasan's case.