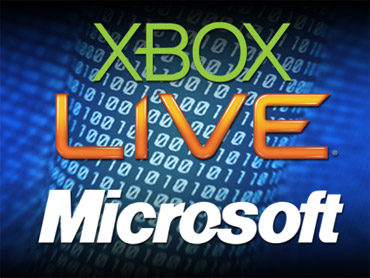 Microsoft Corp. and the chief rules enforcer for Xbox Live are apologizing to a small West Virginia town and a 26-year-old gamer accused of violating the online gaming service's code of conduct by publicly declaring he's from Fort Gay - a name the company considered offensive.

The town's name is real. But when Moore tried to tell Seattle-based Microsoft and the enforcement team at Xbox Live, they wouldn't take his word for it. Or Google it. Or check the U.S. Postal Service website for a ZIP code.

Instead, they suspended his gaming privileges for a few days until Moore could convince them the location in his profile, "fort gay WV," wasn't a joke or a slur: It's an actual community of about 800 in Wayne County, along West Virginia's western border with Kentucky.

"At first I thought, 'Wow, somebody's thinking I live in the gayest town in West Virginia or something.' I was mad. ... It makes me feel like they hate gay people," said Moore, an unemployed factory worker who plays shooters like Medal of Honor, Call of Duty and Ghost Recon under the gamertag Joshanboo.

"I'm not even gay, and it makes me feel like they were discriminating," said Moore, who missed a key Search and Destroy competition because of last week's brief suspension. His team lost.

"I figured, I'll explain to them, 'Look in my account. Fort Gay is a real place,"' Moore reasoned. But the employee was unreceptive, warning Moore if he put Fort Gay back in his profile, Xbox Live would cancel his account and keep his $12 monthly membership fee, which he'd paid in advance for two years.

Mayor David Thompson also tried to intervene, but with little success. He told television station WSAZ, which first reported the dispute, that he was informed the city's name didn't matter. The word "gay," he was told, was inappropriate in any context.

"It was so inappropriate for them, they wouldn't even say the word," Thompson told the AP Wednesday. "They said, 'that word.' It's beyond me. That's the name of our town! It's appalling. It's a slap in our face."

"That is absolutely incorrect" and is not Xbox Live policy, he said.

Xbox Live received a complaint, which was directed to an agent for review.

"Someone took the phrase 'fort gay WV' and believed that the individual who had that was trying to offend, or trying to use it in a pejorative manner," Toulouse said. "Unfortunately, one of my people agreed with that. ... When it was brought to my attention, we did revoke the suspension."

Complaints, he notes, come to agents with no contextual information, including who the suspected offender is or what games they play. The agent simply looks at the language and determines whether it complies with policy.

The Xbox Live player's contract says users cannot "create a gamertag, avatar or use text in other profile fields that may offend other members," and lists potentially dangerous topics such as drug use, hate speech and racial, ethnic or religious slurs.

The Code of Conduct, however, says players may use words including lesbian, gay, bi and transgender to express relationship orientation in their profile or gamertag.

Toulouse contends his team rarely makes mistakes but acknowledged, "Absolutely, a mistake was made here, and we've updated our training to account for that."

Fort Gay has been a community since 1789, when 11 people tried to establish a settlement at the junction of the Tug and Big Sandy rivers, across from what is now Louisa, Ky. It was incorporated as Cassville in 1875 but was simultaneously known as Fort Gay until 1932, when town leaders changed it to the latter for good.

Wayne County historian Herb Dawson said there are several theories about the reason for the change, including the railroad company's insistence that it couldn't have two Cassvilles on the same route. There was already one in Monongalia County.

One newspaper claimed the post office found itself in a similar situation, while some locals offered a romantic theory about a Civil War nurse named Gay who won the heart of the townspeople while caring for wounded soldiers.

There is no evidence to support any of the stories, Dawson said, and no consensus on which is true.

But one thing is clear: The word "gay" was not always politically charged. In both the 1800s and the 1930s, "gay" was commonly understood to mean happy, lively or merry.

Nor is Fort Gay the only town in West Virginia with "gay" in its name: There's a Gay in Jackson County and a Mount Gay in Logan County.

None of that, however, matters to Josh Moore, who just wants Microsoft and Xbox Live "to acknowledge this is a real place with real people in it."

Toulouse said he will contact Moore and apologize. Staying ahead of slang and policing Xbox for offensive is a constant challenge, he said.

"In this very, very specific case, a mistake was made," he said, "and we're going to make it right."

The mayor, however, said no one from Microsoft has reached out to him or any other town official.

"I'm furious about it. That's our town. That's our heritage. ... I've lived there my whole life and I'm proud to be from here," said Thompson, who coaches the high school football team, the Fort Gay Vikings.

"Just to say 'I'm sorry' to me is not good enough. They offended a lot of people in our town."