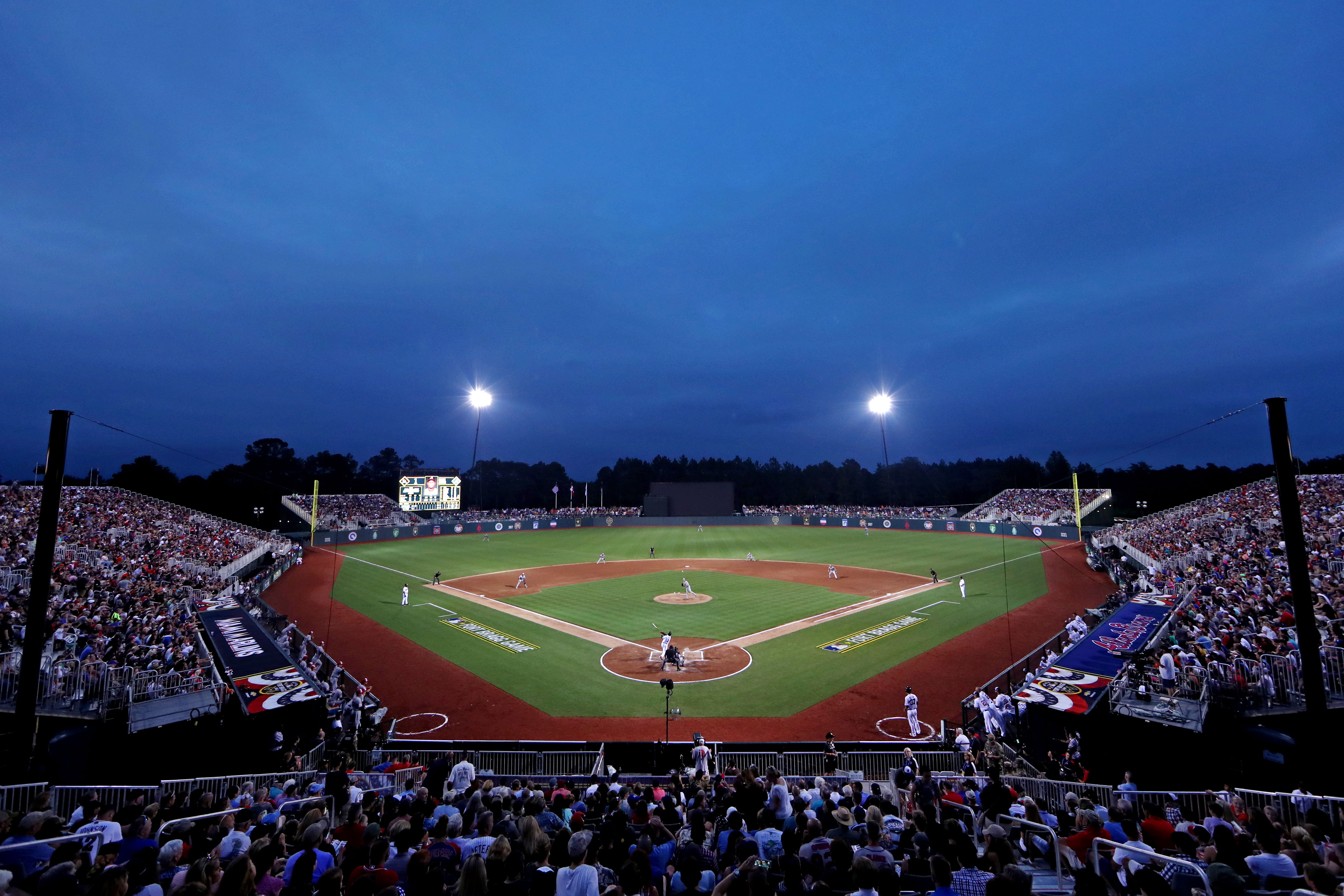 FORT BRAGG, N.C. -- Alex Burnett felt a familiar thrill of getting to see the Atlanta Braves he had rooted for since he was a kid on the field. It meant even more with the Braves playing the Miami Marlins in a historic game at Fort Bragg - where Sgt. 1st Class Burnett is stationed with the 82nd Airborne Division.

"I've been watching the Atlanta Braves play since I was 12 years old back when they were playing at Fulton-County Stadium in Atlanta, and just to see this team come out here and do this for us, it's just overwhelming," the Atlanta native said Sunday. "We can't be thankful enough."

"It was just an unbelievable experience," Braves interim manager Brian Snitker said. "We're going to take nothing but really good memories away from the night."

The game capped a busy day for players and Major League Baseball officials long before the teams began play on a field that didn't even exist roughly four months earlier, when MLB Commissioner Rob Manfred promised "a unique event" in honor of the military for the Fourth of July holiday weekend.

By Sunday evening, it looked the part, with soldiers mingling with players around the edge of the field during batting practice. While Marlins star Giancarlo Stanton autographed a couple of baseballs, Marlins hitting coach Barry Bonds stood a few feet away near the dugout shaking hands and posing for photos with soldiers.

As the first pitch drew near, soldiers unfurled a giant American flag in the outfield for the singing of the national anthem. That was punctuated by four Army helicopters staging a low diamond-formation flyover from beyond the centerfield wall to the newly constructed press box to roars from the crowd filling the temporary bleachers around the field.

"They brought baseball to these soldiers," said Lt. Gen. Stephen Townsend, the commander of the sprawling U.S. Army post in the sandhills of North Carolina.

Bragg and MLB officials had worked since March to build the stadium on the site of an abandoned former golf course. The $5 million project was financed by MLB and the players' association to create a ballpark with temporary seating holding 12,500, with a reported attendance Sunday night of 12,582.

Workers laid Bermuda grass sod, followed by the field, in May. The project also included a drainage system that will remove 8 to 10 inches of water per hour. It looked like it would get a workout with rain forecast into the evening, but conditions remained dry all night.

The final product was a field that players' association executive director Tony Clark said "looks like it's been here forever."

Now, the bleachers will be removed and the field converted into use for recreational play by base personnel.

"When I got here and saw it for the first time in person, I have to say I was just blown away by the quality of the field itself," Manfred said. "The playing surface, the quality of the scoreboard, just the overall feel of the facility was really beyond what I expected."

During that stop, Manfred, Torre and Clark met people whose family members had used the facility. When one woman told them she didn't follow baseball all that closely and thought at least one game she attended was quite long, Torre was quick with a quip.

"If you have a complaint," the Hall of Famer said, pointing to Manfred, "here's the commissioner of baseball."