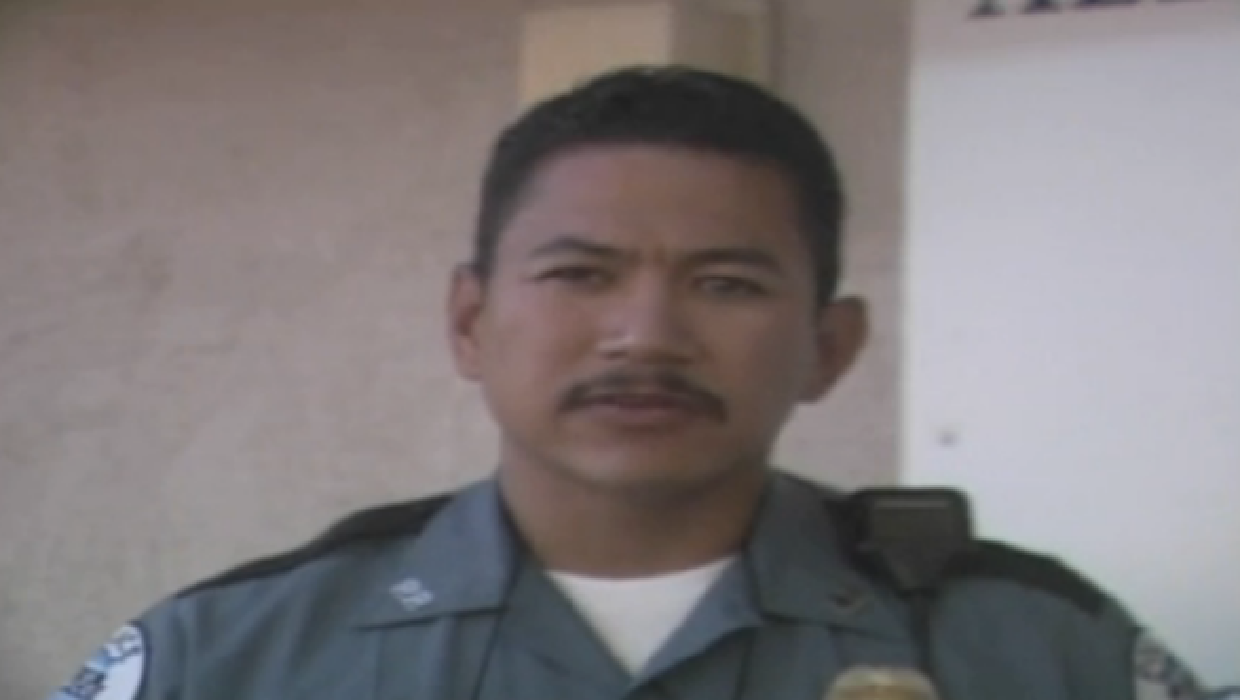 SPOKANE, Wash. - Police in Spokane, Wash. have arrested a former Pasco police officer in connection with a cold case homicide that occurred in 1986.

Detectives took 51-year-old Richard Aguirre into custody after a court hearing in the Tri-Cities on Tuesday. He will be booked into the Spokane County Jail on one count of first-degree murder.

Spokane police last month identified Aguirre as a suspect in the 1986 strangulation of 27-year-old Ruby Doss through a DNA match.

Police collected DNA samples from the Doss murder scene, but did not get a match until recently when Aguirre's DNA was entered into the system as part of a rape investigation.

Aguirre has pleaded innocent in Franklin County to charges he raped a woman in November.

He was placed on administrative leave from the Pasco Police Department following his arrest in the rape case and resigned in April, The Spokesman-Review reported.

The Spokesman-Review's archives said Doss was a prostitute and had arrived in Spokane from Detroit not long before her death. Police say Aguirre lived in Spokane at the time Doss was slain.

Two other women, Mary Ann Turner, 30, and Kathleen DeHart, 37, were also killed in 1986 and 1987 in similar attacks and their cases are unsolved. They also were strangled and suffered blows to the head like Doss.

Spokane police were taking a new look at those cases.

Anyone with information on the cases is asked to contact Spokane Police Department Major Crimes detectives at 509-622-5849.