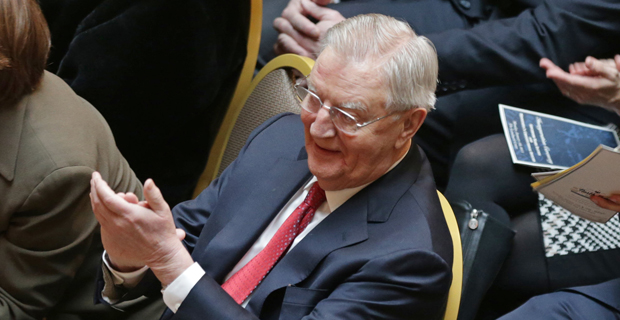 Instead, Mr. Carter told the crowd that his longtime friend and one-time running mate was at the Mayo Clinic in Rochester.

Mr. Carter said Mondale had gone to the hospital for a routine check-up and was admitted after doctors discovered he had the flu.

"He told me to tell everyone that he is doing well," Mr. Carter said.

In February 2014, Mondale had major heart surgery at the Mayo Clinic, just two days after memorial services for his wife Joan, according to CBS affiliate WCCO-TV.

Messages left Friday with the Mayo Clinic and with Mondale's son Ted were not immediately returned to The Associated Press.

In addition to serving as vice president, Mondale was a U.S. senator and ambassador to Japan. He unsuccessfully ran for president against Ronald Reagan in 1984.