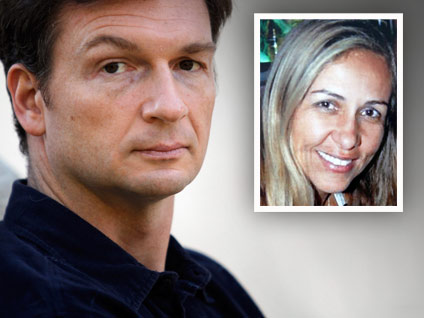 (CBS/AP) LOS ANGELES - Attorneys for Bruce Beresford-Redman, the former "Survivor" producer charged with killing his wife in Mexico, argued in court papers filed Monday that a judge ignored conflicting evidence while permitting his extradition to stand trial in that country.

The motion contends the extradition ruling should be overturned because there is no physical evidence to support returning the reality television producer to Cancun.

The filing accuses U.S. Magistrate Judge Jacqueline Chooljian of "culling through the facts and selecting those most supportive of probable cause while rejecting those which were exculpatory or did not fit the government's theory of culpability."

Beresford-Redman has been jailed in Los Angeles since November on a fugitive warrant. Choolijian ruled in late July there was probable cause to support his extradition to Mexico.

He is accused of killing his wife on a family vacation in April 2010.

Monica Beresford-Redman was found in a sewer cistern at the resort where she and her family were staying. The couple went on the trip to try to repair their marriage, after Bruce Beresford-Redman had an affair with a co-worker. He's charged with aggravated homicide in Mexico for the murder of his wife.

U.S. prosecutors say there is overwhelming evidence against the producer that justifies his being sent to Mexico. In court filings, they cite a resort worker's recollection that he saw someone matching Bruce Beresford-Redman's description attempting to strike a woman during an argument at the hotel. They also point to a noise complaint from tourists in another room that cited screams coming from the Beresford-Redmans' hotel room that appeared to be a woman in distress.

Bruce Beresford-Redman's attorneys have claimed the noises came from his children playing loud games throughout the night. They introduced statements from the couple's 6-year-old daughter to corroborate the claim, but the judge was not swayed.

In the defense's recent filing they state Mexican authorities found no blood evidence in the couple's hotel room and argued that investigators, prosecutors and Chooljian used the fact that the couple was experiencing marital problems to support the theory that he killed his wife.

Chooljian stated in her July written ruling that she had considered all eveidence, but the facts supported the case against the producer.

If convicted in Mexico, the Emmy-nominated producer and co-creator of "Pimp My Ride" could be sentenced to between 12 and 30 years in prison.