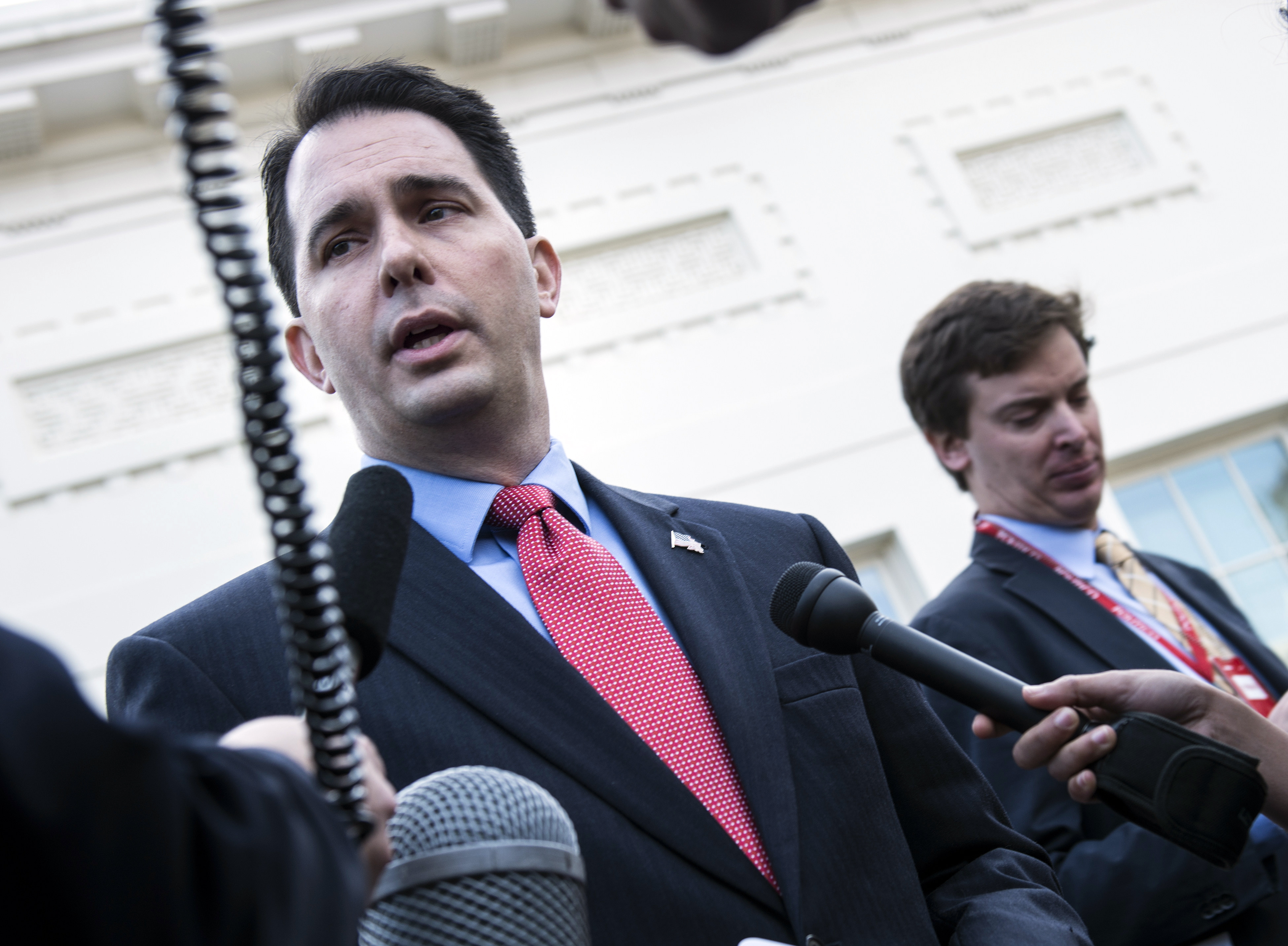 An investigation into the deputy chief of staff to then-Milwaukee county executive Scott Walker - now the Republican governor of Wisconsin - have uncovered emails containing offensive jokes, injecting fresh energy in a scandal that hasn’t weighed too heavily on the governor’s time in office.

The aide, Kelly Rindfleisch, was convicted of a felony in 2012 for doing campaign work for lieutenant governor candidate Brett Davis during the 2010 election. Fresh records unsealed earlier this week show that Walker’s campaign worked closely with Davis’ to bring in more money from donors who had already given the maximum they were allowed to the governor. Ultimately, the strategy failed because Davis was beaten by Rebecca Kleefisch to win the lieutenant governor’s spot.

Rindfleisch came under fresh scrutiny Thursday for other emails that she sent and received with degrading jokes about certain races and minorities.

One of the emails she received was sent by Thomas Nardelli, who was Walker’s chief of staff at the time. He forwarded an email describing a “nightmare” scenario of a person who wakes up to realize “that I am a Negro and I’m circumcised,” among other things. The complete recipient list is undisclosed.

The joke, at the very end, reads, “I can handle being a black, disabled, one armed, drug-addicted, Jewish homosexual on a pacemaker who is HIV positive, bald, orphaned, unemployed, lives in a slum and has a Mexican boyfriend, but please, Oh dear God, please don’t tell me I’m a Democrat!”

Another joking email Rindfleisch received in April 2010 recounted the story of a woman trying to sign her dogs up for welfare. After being told they are not eligible, the woan said, “So I expla ned [sic] to her that my Dogs are mixed in color, unemployed, lazy, can't speak English and have no frigging clue who the r Daddys are. They expect me to feed them, provide them with housing and medical care, and feel guilty.” The dogs receive the checks, in the story.

Rindfleisch wrote back, "That is hilarious. And so true."