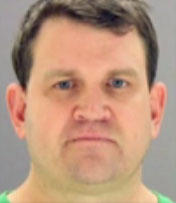 DALLAS (CBSDFW.COM) – Former neurosurgeon Christopher Duntsch has been sentenced to life in prison for a series of botched spinal surgeries, reports CBS Dallas.

It only took a jury an hour to give Duntsch to the maximum penalty.

Thirty-two patients in all were involved. Two were killed and two were paralyzed.

The district attorney’s office called it an historic case with respect to prosecuting a doctor who had done wrong during surgery.

“This is a great day,” said Dallas County DA Faith Johnson during a news conference shortly after the verdict. “We have done something historic. We are so elated about the life sentence.”

The former North Texas neurosurgeon was convicted of intentionally injuring the patients he was supposed to be helping.

After the sentencing, Don Martin, whose wife died at the hands of Duntsch, said, “We’re overwhelmed. This was a voice for Kelly. And we’re just so thankful. And hopefully move on with our lives.”

“I’m just so grateful, from the bottom of my heart,” said Caitlin Linhuf, whose mother died after a surgery performed by Duntsch. “This will not bring my mother back, but this is some sense of justice.”

It took the jury just four hours last Tuesday to find Duntsch guilty of intentionally causing serious bodily injury to an elderly person. Victim Mary Efurd testified in the case. Duntsch botched her spinal surgery in 2012 – a procedure that has left her wheelchair bound.

Prosecutors say Duntsch was malicious and reckless while he performed surgery.

And apparently Efurd wasn’t his only victim. Jurors heard from several people who shared their nightmares, saying he maimed them on purpose.

Prosecutors accused Duntsch of also maiming four patients and causing the death of at least two, between July 2012 and June 2013.

Mary Efurd said the verdict had been a long time in coming. “Relief. Finally justice has been done after 4 1/2 years,” she said. “And I hope I’m speaking for all the other families and their loved ones also. I think we feel real good about it. We feel like justice was done.”

Efurd also said she’s grateful the 45-year-old is no longer practicing medicine. “You know, when they finally got his license suspended I cried for two days. It was just relief that didn’t stop.”