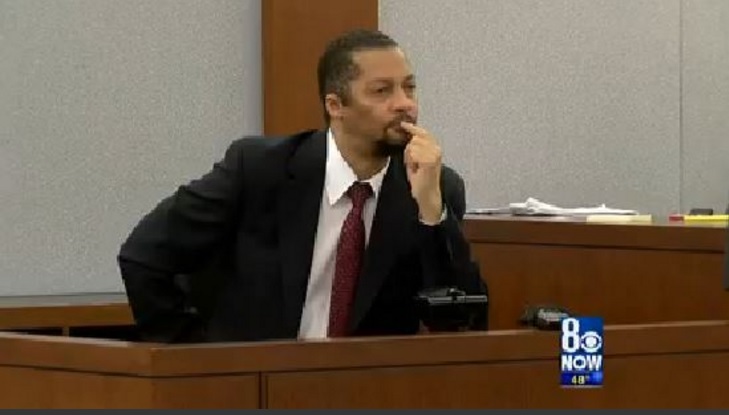 LAS VEGAS -- A former Las Vegas area pastor who fled the country after he was accused of sexually assaulting girls as young as 7 in his congregation has been found guilty.

The long-delayed trial started in early January, but Holland has been in jail since his arrest in January 2012 in Tijuana, Mexico. A prosecutor said he had fled the country following his initial arrest in December 2010. Known to his United Faith Church congregation in Henderson as "Reverend Otis," he was also featured before his arrest on the television show "America's Most Wanted."

Prosecutors said Holland focused on sex as a path to spirituality. He taught from the pulpit that most women have burning desires blocked by sexual hang-ups that he could teach them to get past, if given the chance.

Multiple women have testified that they had sex or sexual contact with the former pastor when they were teens. They said that at the time, they didn't talk about the abuse with their parents, who had sent them to Holland for counseling against misbehavior like skipping school or smoking cigarettes.

One woman said she was 14 when Holland first took her after Sunday church services to a limousine fitted with a back seat that reclined into a bed and used a sex toy on her and told her he wanted to show her something that would relieve tension and frustration. Another said she started having sex with Holland when she was 15 and that he took her to get monthly birth control injections.

Holland has denied wrongdoing. His defense attorney suggested that the accusers concocted stories about being abused because they thought they loved the pastor and were jealous of his adult relationships, including with at least two other women from the church.

His attorney, Carmine Colucci, couldn't immediately be reached for comment. But in court he had cast Holland as a generous leader who shared vehicles with church members when they needed wheels. He told a jury: "The limousine wasn't used solely for sexual activities. It was used for transportation."