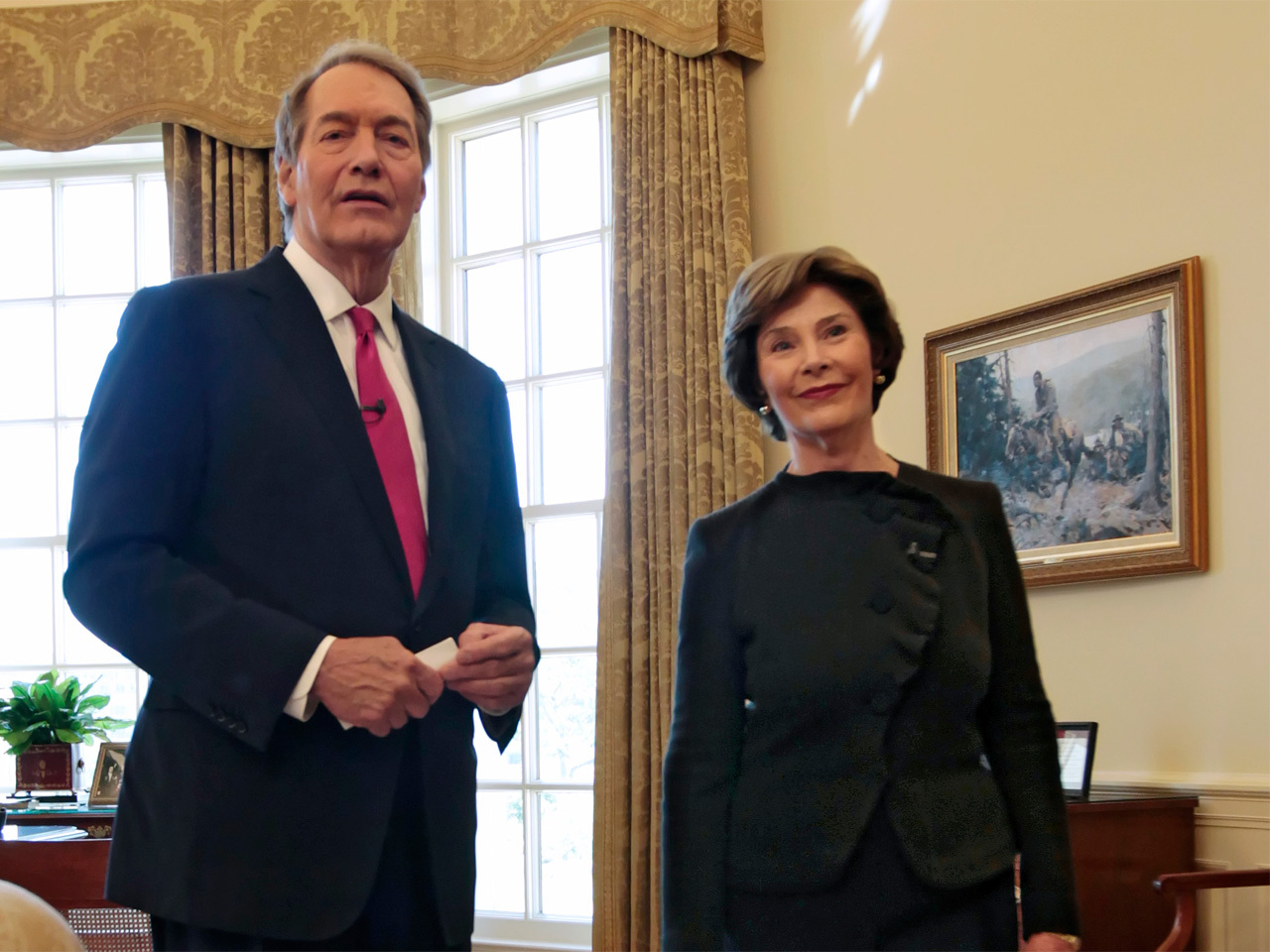 (CBS News) The inside of the President George W. Bush Library in Dallas is a state-of-the-art road map for eight tumultuous years in office. All of its exhibits are designed to inform the visitor, allowing them to draw their own conclusions on the Bush legacy. The driving force behind the design was the former president's wife, Laura Bush.

"In many ways everything in the museum, I think, really expresses what it was like to live in the White House during those first, you know, 10 years of the new century," she said.

She also pointed out an artifact from 9/11. She showed Rose a beam from the 82nd floor of the second tower reputedly from where the plane hit. She described her first conversation with her husband following the attack.

"I talked on the phone with him after he found out and knew he was okay. Then I had to call my mother to tell her I was okay, but really I wanted her to tell me that I was okay. So, you know, there are a lot of memories from everyone that was alive that day."

Bush also touched on the newest addition to her family. On April 13, she became a grandmother when her daughter Jenna Bush Hager gave birth to her first child, Margaret Laura Hager. The baby is named Margaret for her husband Henry Hager's mother, and Laura for Laura Bush.

"It's even more than you expect to go see your own child be a mother and have a baby, and that precious little baby. So we loved it. We were there on the first day after. She was born on Saturday night, we got there on Sunday," said Bush. "And had the chance to hold her, and of course, after all the dedication and opening of the library I'm going straight back up there to hold her some more."

For Charlie Rose's full interview with Laura Bush, watch the video in the player above.