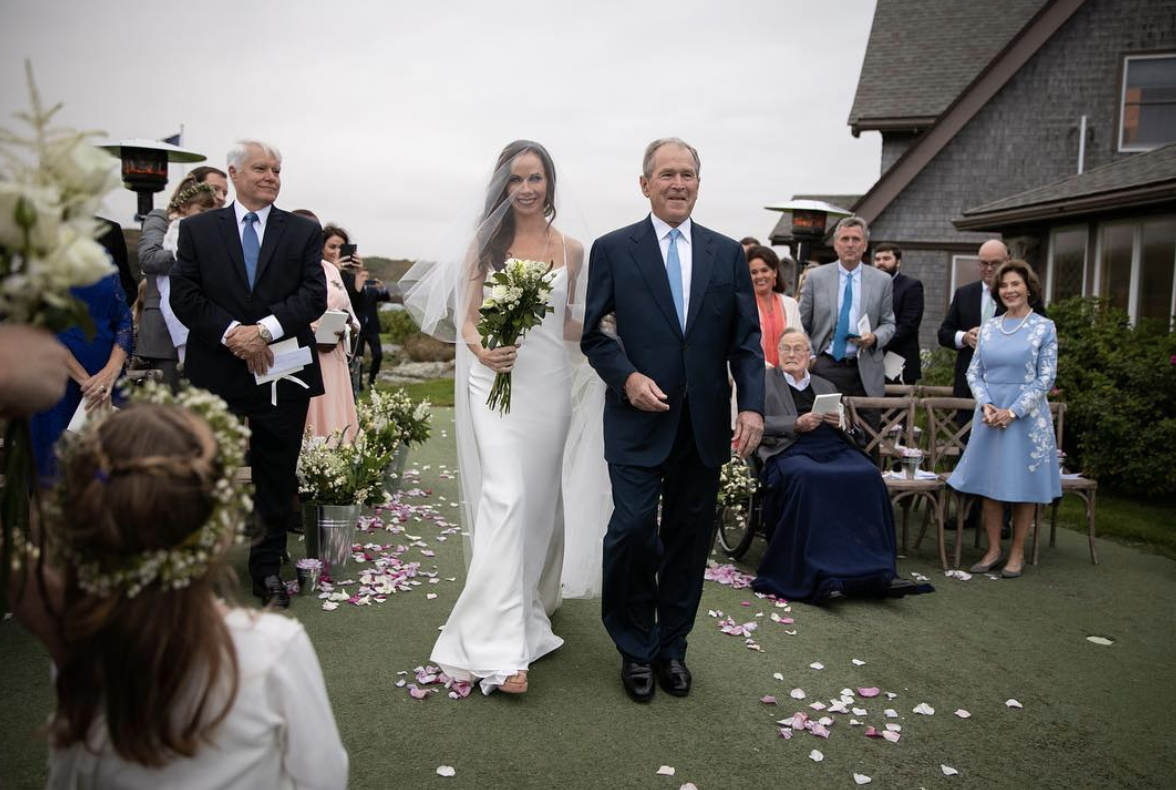 Former President Bush walked his daughter down the aisle at the family's Walker Point compound, where the family often vacations. The bride's grandfather, former President George H.W. Bush, was also in attendance.

Former President George W. Bush shared a photo from the wedding on Instagram, sharing a shot of him walking his daughter down the aisle. "Barbara is named for a unique and strong woman — and rightly so, because she is unique and strong," Bush said of his late mother, former First lady Barbara Bush, who died in April.

Barbara Bush's twin sister, Jenna Bush Hager, shared details of the weekend nuptials on "Today" show Monday morning. "It was a very secret wedding, a little bit like my elusive sister. But also, just family in a place that means family love, and it was just beautiful," Hager, who served as matron of honor, said.

The bride wore "something borrowed" that belonged to her namesake and grandmother. It was a bracelet her grandfather, former President George H.W. Bush gave his wife on their 70th wedding anniversary, Hager said, according to The AP.

Barbara Bush, 36, is the co-founder of the public health nonprofit, Global Health Corps. Coyne, 37, is the screenwriter behind the 2005 film "Jarhead," staring Jake Gyllenhaal.

The newlyweds will live in New York, according to the AP.