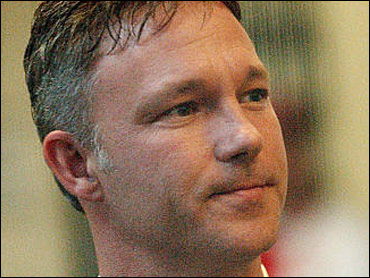 He faces a maximum of five years. A sentencing date has not been set.

"With the guilty plea of John Forney, we have now obtained convictions of the top three Enron executives most directly responsible for manipulating the energy markets in California at a time unique in our history, when the lights were going off and the grid was in danger of shutting down," U.S. Attorney Kevin Ryan said.

Ryan said as part of the guilty plea, Forney is expected to cooperate with the ongoing investigation into Texas-based Enron, as well as reveal details about how other energy firms may have played a role. Four employees of Reliant Corp. have already been charged with deliberately shutting down power plants to increase the price of California electricity.

Forney's attorneys did not immediately return calls for comment.

Former Enron executives Timothy N. Belden and Jeffrey S. Richter also have pleaded guilty and cooperated with the FBI. Belden was expected to testify against Forney at his trial, which had been scheduled for later this year.

In a series of investigative stories, CBS News Correspondent Vince Gonzales reported on the taped conversations of Enron traders talking freely about their role in the California energy crisis.

Forney, the manager of Enron's trading desk, pleaded guilty to one count of wire fraud — specifically, that he promised to supply energy Enron did not have and that he improperly collected electrical grid management fees for Enron.

Enron's scheme to charge fees for services it did not provide was known inside the company as "Forney's Perpetual Loop," the indictment said.

Forney also took part in other schemes — known within Enron as "Death Star," "Get Shorty," "Ricochet" and others — that had the affect of inflating consumer prices.

Prosecutors also accuse Forney of concocting a scheme that involved buying energy from California and later selling it back to the state at inflated prices, making it appear the energy was generated elsewhere.