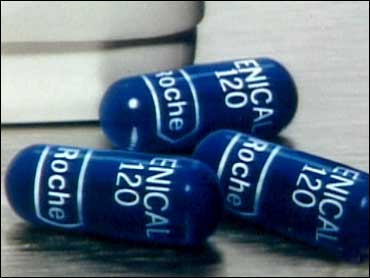 Al Campanis, who built championship teams for the Los Angeles Dodgers but will be forever remembered for telling a national TV audience that blacks lacked "the necessities" to be managers and executives, died Sunday at 81.

But he was forced to resign shortly after his 1987 interview on ABC's "Nightline," an appearance that prompted a nationwide debate on race and sport.

"He was just a great baseball man who loved the game, who obviously dedicated his life to the game," Dodgers manager Bill Russell said Sunday.

Campanis signed such black players as Hall of Famer Roberto Clemente and Tommy Davis. However, that was not enough to offset the damage from his comments on the eve of the baseball season 11 years ago.

Last year, former Dodgers manager Tom Lasorda, a longtime friend, called Campanis"my mentor, who taught so much about the game of baseball and life."

"He did more for black players, more for Latin players, than anybody," Lasorda said."In all the years I've known him, I've never heard him say one racist thing, ever."

Campanis startled host Ted Koppel with his response to questions about continued prejudice in baseball. Campanis said blacks"may not have some of the necessities to be, let's say, a field manager, or perhaps a general manager."

Koppel gave Campanis a second chance to rephrase his thoughts, but Campanis made no retraction. In the same interview, Campanis suggested blacks were not good swimmers because they "don't have the buoyancy."

The next day Campanis apologized. The day after that he met with Dodgers president Peter O'Malley, and the team replaced him with longtime employee Fred Claire.

"I don't blame Peter for what he did," Campanis said."He had to do it."

Campanis "was never a prejudiced man," his son, Jim, a former Dodgers player, told Los Angeles radio station KNX on Sunday. Oddly, in one of Campanis' first trades as general manager, he traded his son to Kansas City.

Dodgers broadcaster Vin Scully, in Denver where the Dodgers finished a four-game series with Colorado, said he had known Campanis for 45 years.

"He didn't have a racist bone in his body," Scully said.

Acting commissioner called Campanis "a devoted baseball man who ... made a lot of contributions to baseball as well as the Dodgers."

In a 1988 interview, Campanis tried to explain his "Nightline" comments.

"When I said blacks lacked the `necessities' to be baseball managers or general managers, what I meant was the lack of ncessary experience, not things like inherent intelligence or ability."

"I was dead tired after traveling when I went on the show," he added."I got confused. It was like a telegram. You try to say it in a few words, and it's implied differently."

"I didn't want to go on. I was sitting in a seat in the empty Houston stadium, with a thing in my ear to hear the questions. I just wasn't myself. I got burned. I said things I didn't mean, explaining things I couldn't."

Campanis had been invited on the show to talk about his old friend Robinson, who broke baseball's racial barrier in 1947. Author Roger Kahn was also a guest on "Nightline." In a 1997 interview, he recalled Campanis' remarks.

Minorities made up just 2 percent of baseball front office employees before the Campanis controversy in 1987. Their percentage increased to 15 percent by 1989, when Bill White, a black, was appointed president of the National League. The gains have been minimal since.

"Time has diffused the immediate hurt of April 6," Campanis said in 1988. "It has turned out to be a plus for baseball and myself."

During his half century as player, scout, manager and executive in the Dodgers' organization, Campanis was considered anything but a racist.

"It was a very sad event for Al, it was a very difficult time," Claire said."His life was devoted to the game of baseball. This was a chapter he hoped wasn't there. It was there. With one glaring exception, he served baseball very well."

During his tenure with the Dodgers, Campanis also signed Hall of Famer Sandy Koufax.

"He put some great teams together when he was general manager," Russell said."He was a guy that really knew the game, and obviously he played it. And he really was a good teacher, a great general manager."

Born in Greece, Campanis came to the United States at age 6. He graduated from New York University in 1940. In 1943, he played seven games for the Brooklyn Dodgers before serving in the Navy in World War II.